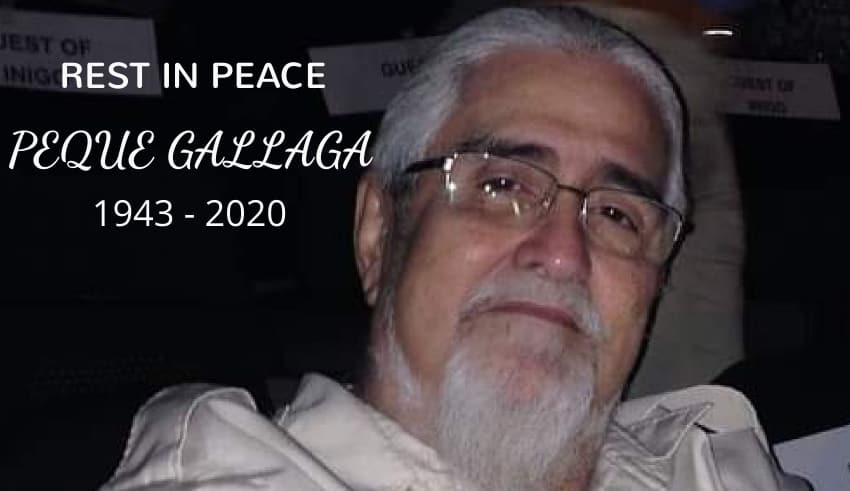 Peque Gallaga died on May 7

Metro Manila – Veteran filmmaker and one of Philippine cinema’s greats died on Thursday morning. He was 76.

Ricky Gallaga, his brother, told Visayan Star Daily that the award-winning director passed away at the Riverside Medical Center this morning due to “complications arising from past health conditions”.

He directed his last film titled “T’yanak.” in 2014. Peque is survived by his wife Madie Gallaga and Wanggo.