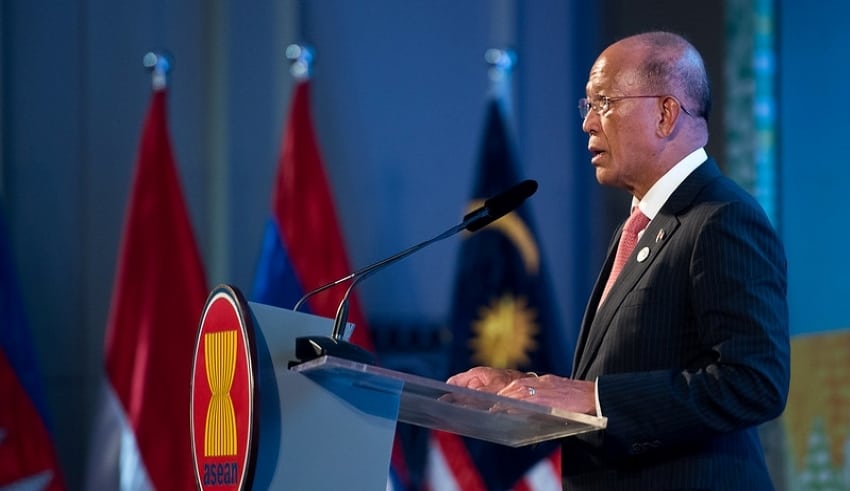 According to Defense Secretary Delfin Lorenzana, the country needs to balance its ties with the two superpowers when the issue of South China Sea territory is concerned.
(C) Flickr, U.S. Secretary of Defense

METRO MANILA – According to Defense Secretary Delfin Lorenzana, the country needs to balance its ties with the two superpowers when the issue of South China Sea territory is concerned.

Lorenzana believes that Philippines should not get involved when the two major country are hurling accusations with each other. He also lauded the President’s decision to stop holding drills with the American in South China Sea during his first three month of his administration.

The defense secretary that United State’s presences in South China Sea does not guarantee and ensure that Philippines’ territory are protected.

“They cannot always stay in South China Sea, they need to go back to their near base in guam and Japan. We are being left behind so we need to balance our relationship with these two superpowers.” He added.

Lorenzana said that we have to deal with the Chinese whether we like it or not since they are our neighbors. He reiterated the need to manage the relationship with the Chinese as what the president is trying to do since day 1 of his office.

President Rodrigo Duterte recently ban the country from participating in the South China Sea naval drills with other countries except if these were within 12 miles from Philippine shores.     China is claiming nearly the entire South China Sea, including waters in the exclusive economic zones of the Philippines, Brunei, Malaysia and Vietnam.