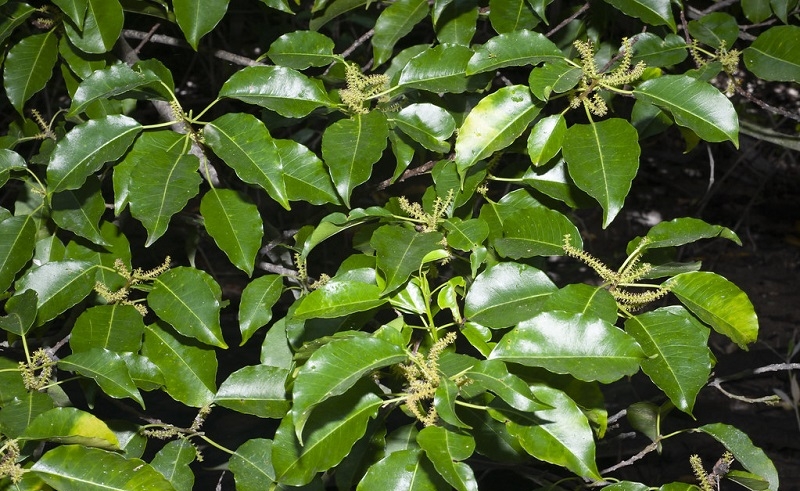 Plants are unquestionably gorgeous. We have all been educated about the benefits of plants’ numerous uses for the planet Earth in general since we were young children in the four corners of a grade school classroom. Even though methamphetamine hydrochloride (also known as shabu on the street) is a nearly innocuous chemical byproduct, certain compounds found in plants can have negative impacts on the homo sapiens species.

Here are 10 plants you should avoid at all costs to avoid getting buried six feet deep. Yes, without a doubt not living.

The term meaning blind in Visayan is buta, and the plant is also known as the blinding tree. And you ought to heed the advice.

Amazingly, buta-buta is a tough plant that thrives in both stony and muddy soil (it is typically found along the land’s edge of mangrove swamps), and its wood is perfect for use as firewood and lumber.

But this plant’s notoriety does not come from that. The tree produces a milky latex or fluid that is poisonous and blistering. A few drops can convert your skin into blisters and impair your eyes’ ability to see.

The mythical hallucinogenic qualities of the cachubong plant are well-known to many common people. It makes sense why it has evolved into a sort of weapon in the arsenal of many cunning criminals. For instance, it has been ingested unnoticed in China when combined with traditional tea. This plant is widespread throughout the Philippines in open, waste areas near urban areas.

Young boys were shown engaging in a Cachubong “session” in a GMA 7 documentary. As soon as the guys inhaled the smell of the burning leaves, chaos broke out, and they all behaved badly, inflicting harm on one another.

The dumbcane, a native of tropical America that is now found worldwide, is a rather humble-looking plant. Wait until you hear about all the minor side effects, including dermatitis, severe swelling, drooling, dysphagia, and respiratory compromise.

The cause is that calcium oxalate crystals that resemble needles are present throughout the entire plant. If the plant is accidentally chewed, these crystals are released into the unfortunate person’s system, causing excruciating pain and a painful mouth swell.

The rosary pea, a slender perennial climber that weaves its way through trees and bushes, is a cold-blooded killer that is native to India, Sri Lanka, Thailand, and the Philippines. Its seeds, which are brilliant red with a single black spot, make it simple to recognise. The rosary pea grows in lowland to medium-altitude regions in dry thickets.

It is so deadly that cases, where only 3 micrograms were used to kill an adult human, have been documented. Furthermore, it is never a good idea to use the seeds as beads because it is possible for someone to die from having their fingers pricked by the drill bit used to drill holes in the seeds.

Looks quite recognisable, yes? Since many of these species are found in the wild (native to the Mediterranean region, Eastern Africa and India; now widespread in the tropics as an ornamental plant.). Here is again additional argument against conducting independent experiments.

On the plus side, the plant has served as a source of healing through the popular Castor oil. But if you are handling this plant, you should stop immediately because it is so deadly that just 4-5 seeds are enough to kill an adult. This is as a result of the ricin toxin that is present throughout the entire plant. And if you’re particularly vicious, one seed will be enough to kill a person in two days.

Yes, this plant is lovely, and you can find a lot of people in the Philippines selling it online (it only thrives in cool mountain areas). But don’t be fooled by the beauty.

Wolfsbane, also known as devil’s helmet, is a member of the buttercup family of plants that contains significant amounts of the toxin pseudaconitine, an alkaloid. The Ainu tribe of Japan utilised the poison for the tips of their arrows when hunting because it is so poisonous. If you’re wondering how it gained its name, it’s because wolves have been killed with the plant’s poison. The poison was once used by Germany in their bullets, and it was also used to poison water supplies during ancient Asian wars.

Take care, take care. This plant is immediately among the most hazardous ones on Earth. It’s likely that your decorator will advise using English yew bush as a foundation plant for hedges if you’re planning to redecorate your garden. Don’t let the visual value deceive you.

This breed has decorated many gardens in the Philippines, but hear me out! This tree, which is native to Europe, Northern Africa, and South West Asia, has soft, bright-red berries that are tasty and are loved by many birds.

One paradoxical plant, that one. On the one hand, effective extraction has rendered this plant helpful for a variety of purposes, including antipyretic, antiseptic, and antispasmodic.

Consuming the fruit, particularly from a young plant, is poisonous, nevertheless.

The berries are the most dangerous part of the plant because they are naturally sweet and would draw kids, even though the entire plant is poisonous. Currently, 10–20 berries can kill an adult when they are fully grown, but 1 leaf, where the poison is more concentrated, can kill a man. Spooky!

Many people have been enthralled by this plant’s gorgeous flowers because of its enticing beauty. enough to refer to it as an angel’s trumpet.

But a murderer hides beneath the attractive form. Due to the plant’s high content of scopolamine (hyoscine), hyoscyamine, and atropine—a property it shares with its related Datura—it has historically been used as a hallucinogen and intoxicant.

Any of these alkaloids taken in excess can make you sick. And to make matters worse, the enchanted plant can be lethal because it can raise the heart rate and result in fatal cardiac rhythm problems. To give you an idea, a small child can die from consuming as little as 4 grammes of Trompeta leaves.

To start, this plant has been given the nickname “Suicide tree” due to its reputation. Pong-pong is a national pastime in several ASEAN nations, and for good reason. It only grows in coastal salt marshes and other wet regions.

Please refer to the image at the beginning of this article if you are not very familiar with the plant breed. It should be easier to recognise as a result.

This seemingly innocuous plant sticks out like a sore thumb because it produces a toxin so strong that people have used it to commit suicide. Or, for the truly evil, murder. So be careful! One might have been in your backyard the entire time and you were completely unaware of it.