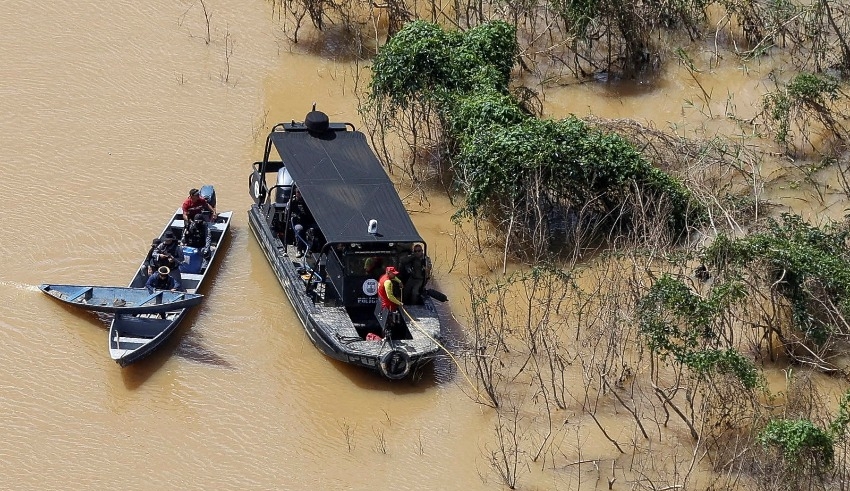 Dom Phillips, a journalist, Bruno Pereira, an indigenous specialist, vanished in the remote Javari Valley as they were conducting research for a book.
(c) Reuters

BRAZIL: Dom Phillips, a freelance journalist who had worked for the Guardian and the Washington Post, and indigenous specialist Bruno Pereira were conducting research for a book when they vanished in the isolated Javari Valley.

A forensic examination of human remains discovered in the Amazon rainforest on Friday, June 17, revealed that they belonged to British journalist Dom Phillips, according to Brazil’s federal police, who added that a man suspected of participation in his murder was being sought.

The investigation into the cause of death is ongoing, according to authorities.

According to CNN Brazil, the bones of a second person, thought to be indigenous expert Bruno Pereira, were still being examined.

On June 5, Pereira and Phillips vanished in the isolated Javari Valley on the Peruvian-Colombian border. Police found human remains from a bush grave earlier this week, headed by Amarildo da Costa Oliveira, a fisherman who admitted to killing the two men.

Phillips, a freelance reporter who had worked for the Guardian and the Washington Post, was doing research for a book about the journey with Pereira, a former head of federal indigenous affairs agency Funai’s isolated and recently encountered tribes.

According to police, their investigation revealed that there were more people involved than Oliveira, and they are now hunting for a man called Jeferson da Silva Lima.

After Oliveira and his brother, Oseney da Costa, who was arrested last week, he is the third suspect listed by authorities.

Univaja said that the savagery of the murder makes evident that Pereira and Phillips caught paths with a formidable criminal organization that tried at all costs to cover its tracks during the inquiry.

It said that it had warned federal authorities several times since late 2021 that an organized crime group was working in the Javari Valley.

The boat Phillips and Pereira were traveling in when they were last seen alive is still missing, according to police.