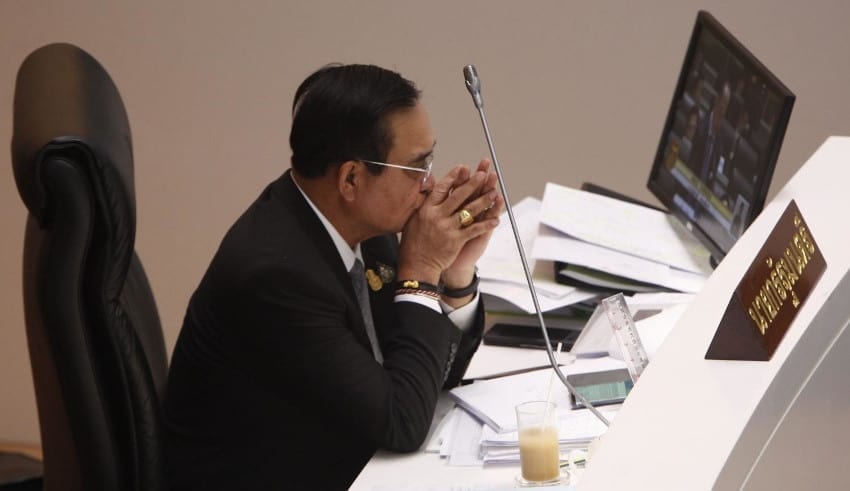 Prime Minister Prayut Chan-o-cha faces the prospect of being taken to the Constitutional Court over his allegedly unlawful occupation of an army residence.

Prasert Chanthararuangthong, a Nakhon Ratchasima MP for the main opposition Pheu Thai Party, told parliament during Wednesday’s censure debate that Gen Prayut’s tenancy of the army house constituted a conflict of interest. The MP said Gen Prayut, who is also defence minister, should have moved out of the house when he retired as army chief on Sept 30, 2014 and that by staying on free of charge he defied army regulations, which disqualified him as prime minister. The MP was attacking army chief Gen Apirat Kongsompong, who said earlier that retired top brass can stay on in army accommodation if they continue to work in public office for the national interest. He said such people include the prime minister and senators.

The other armed forces have fixed deadlines for vacating military accommodation. Navy officers must vacate within 90 days of retiring while air force officers must leave seven days before retirement, according to Mr Prasert. Water and electricity charges at Gen Prayut’s army house amounted to an estimated one million baht since he retired, he added.

Gen Prayut decline to comment on the allegation, saying he would leave the matter to be decided by the army. He told reporters last week that, as prime minister, he needed to stay in the army-owned residence for reasons of security. However, said he he would move out once he was no longer premier. Earlier, Gen Anupong, who is also a target of the censure debate, admitted that he too was still staying in a military house before adding he was ready to comply with army regulations.