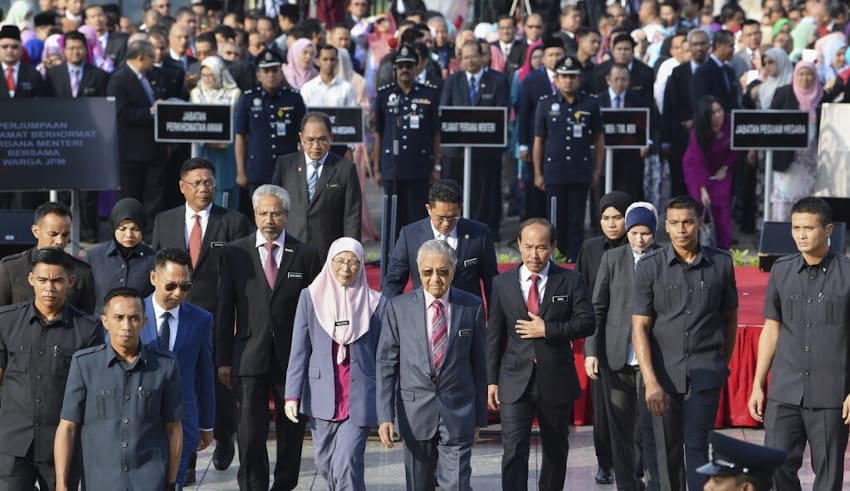 KUALA LUMPUR – As the country faces a political standoff, The Prime Minister’s Department on Wednesday reminded civil servants of their responsibility towards the people in carrying out their duties.

“The service that you provide should follow the country’s principles of ‘best delivery’ in line with ‘I who carry out the trust’. The people have trust and high hopes on the civil service to deliver for them,” says a statement from the Prime Minister’s Department.

In addition it reads, “Managing change is a difficult and challenging task. But, with the leadership of the Chief Secretary to the Government and all 1.6 million civil servants, the responsibilities has to be carried out with full trust, accountability, swiftness and also free from errors and negative perception.”

Pakatan Harapan government were divided, after 26 MPs from Bersatu and 11 from PKR left the coalition, thus makes Malaysia in a political limbo.

His Excellency, The Yang di-Pertuan Agong eventually appointed him as interim Prime Minister. He also agreed on the dissolution of the Cabinet, making no ministers at the present.

The Department also advised that to strengthen the administration, civil servants must always be equipped with a good grasp, a suitable communication and interaction method in dealing with whatever changes brought by a new team later.

As the country faces political halt, civil servants have been urged to remain professional and to stay away from politics to uphold the integrity of the service.