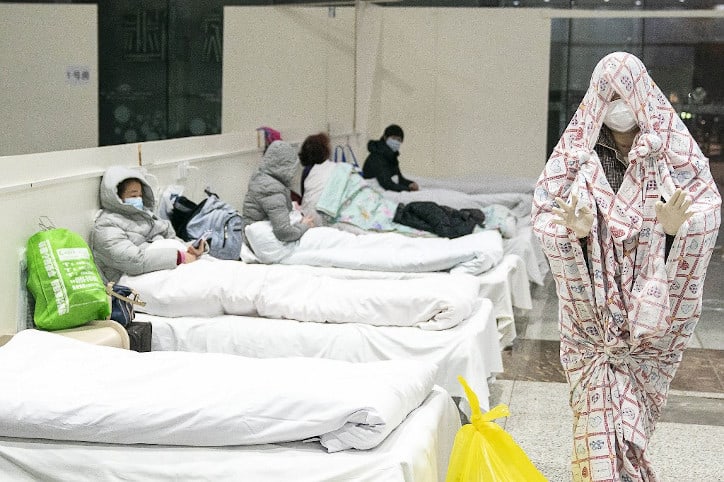 A local health official said on Friday that Indonesian authorities have put five Chinese nationals under a two-week quarantine in North Sumatra for coronavirus scare. These foreign workers whereabouts in Indonesia to work in a power plant project in Kabanjahe, Tanah Karo district.

They are four men and a woman.Three of them arrived early at the Kualanamu International Airport in Medan on Jan. 31, while the two others landed on Feb. 3.

According to Tanah Karo Health Department head Irna Safrina Sembiring Meliala, that the quarantine started three days ago and the workers so far had not shown serious illness. As for identities of the workers were not disclosed.

For the prevention, other workers were advised to avoid contact with the patients. Also, to wear face masks all the time at the project location.

There will be further action if a more serious symptom such as pneumonia is detected. Irna said, they will be transferred to the Adam Malik Hospital in Medan for further treatment.

Currently, the five Chinese workers are isolated in a building near the project site.

A supervisor in the project, Ginting said the isolation was carried out at the request of the management and other workers.

He stated the Chinese workers could understand the request and duly obey the instruction to stay in quarantine. Previously, the Chinese workers have gone several medical checkups at the airport and at the project site. They were sprayed with disinfectant.

So far, Indonesia has not reported a local coronavirus case. Even so, more than 300 people, including 238 evacuees from China’s Hubei, are currently being placed under quarantine on Natuna Island.

Earlier, A female worker in Singapore recently became the first Indonesian to test positive for coronavirus. She got infected by in a locally-transmitted case and currently hospitalized at Singapore General Hospital.