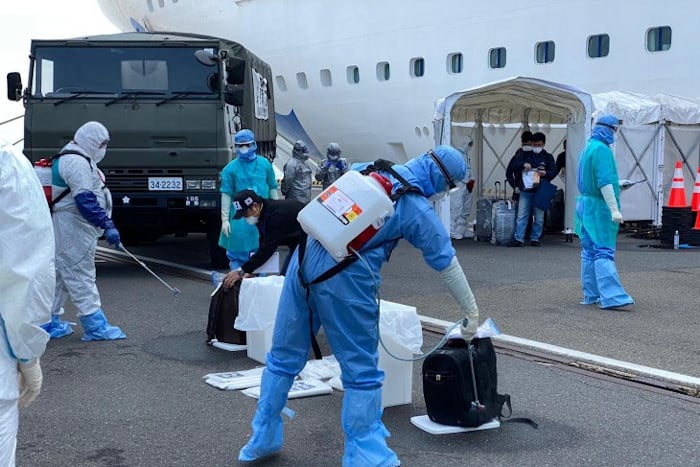 Continuation case of the spread of coronavirus or COVID-19 oboard Diamond Princess where currently docked in Yokohama, Japan, there will be repatriation for those who were there, including some 69 Indonesian crew members.

Earlier, the Indonesian crew members had been quarantined for more than two weeks on the ship. On Sunday, Tokyo time, they began the process of returning home.

Those 69 Indonesian citizens who voluntarily participated in the repatriation process, left the ship using a bus. After, they fly to go back to home country using a Garuda Indonesia plane that was waiting and due to depart from Tokyo’s Haneda Airport on Sunday at 6 p.m. local time. This airplane, with destination to Kertajati Airport, West Java, is expected to arrive around 12:30 am, Western Indonesia Time.

Furthermore, the dozens of Indonesian citizens will be taken to quarantine site for observation. They will go to the port of PLTU Indramayu first, then go to Sebaru Kecil Island, Thousand Islands, using sea transportation.