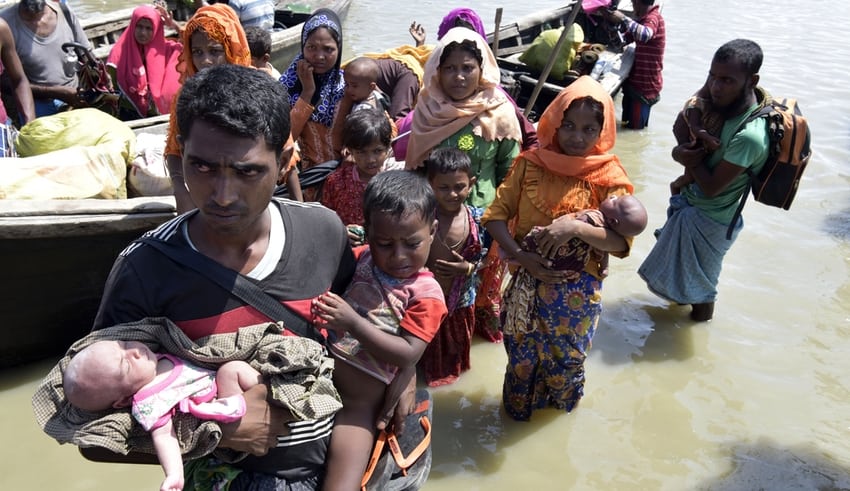 The Indonesian government rescued 99 Rohingya refugees who on June 24 entered North Aceh waters. The decision to save them all is based on humanitarian principles.

At that time, the Rohingya refugees were in very poor condition which also endangered their lives.

Quoted from Pikiran-Rakyat.com from the Reuters website, in the midst of a new coronavirus (Covid-19) pandemic, countries around Southeast Asia are increasingly reluctant to accept refugee boats from Rohingya.

Nevertheless, a fisherman in Aceh named Hamdani said that saving Rohingya refugees was a moral duty.

“That is nothing more than a sense of humanity and part of our tradition in the North Aceh Fishermen Community,” Hamdani said, as quoted by Reuters.

He hoped the local government could receive and care for the refugees who had come.

“We hope that the refugees will be treated in our village,” he said.

Another fisherman named Syaiful Amri asserted, the fishermen would continue to receive Rohingya residents who were displaced, even though they did not have permission from the government.

Rohingya refugees who fled Myanmar and Bangladesh have been sailing in the open seas since November 2019.

Based on written information on the website of the Indonesian Ministry of Foreign Affairs, Friday (6/26/2020), the Rohingya refugees are currently being housed in the former Lhoksemauwe Immigration Office, Aceh. The main focus now is meeting basic needs, providing temporary shelter, and health services.

The central government and local authorities are collaborating with United Nations High Commissioner for Refugees (UNHCR) and International Organization for Migration (IOM), and will immediately make further efforts related to their handling. The people of North Aceh and the Indonesian Social Society are also active in providing humanitarian assistance.

The Indonesian Ministry of Foreign Affairs reported 94 refugees, 49 women, 15 men, and 30 children. But according to the latest data, after the refugees landed, there were 99 people, consisting of 48 women, 17 men, and 34 children – according to UNHCR notes.

The Foreign Ministry said the Indonesian government was investigating allegations of human trafficking of refugees from its Rohingya. The Ministry of Foreign Affairs said that human smuggling must be stopped.

Not only the government with UNHCR and IOM regarding efforts to deal with Rohingya refugees, but the people of Aceh are also said to provide humanitarian assistance.

On Wednesday (6/24) the Aceh police confirmed that fishermen moved the refugees to their motorboats on Monday (6/21) night because the cargo ships that were previously carrying refugees were damaged.

The ship had docked inland but its passengers were not yet permitted to disembark, awaiting the policy of local authorities who considered the COVID-19 handling protocol.

The passengers were finally evacuated to the mainland Lancuk Beach in Syamtalira Bayu Subdistrict on the same day the Foreign Minister’s statement was issued.

The UNHCR appreciates the Government of Indonesia for granting emergency landing licenses to Rohingya refugees in North Aceh, after a while they were on board.

For Indonesia, efforts to create conducive conditions in Rakhine State, Myanmar, are important to continue so that the Rohingya can return voluntarily, safely and with dignity in their hometown.