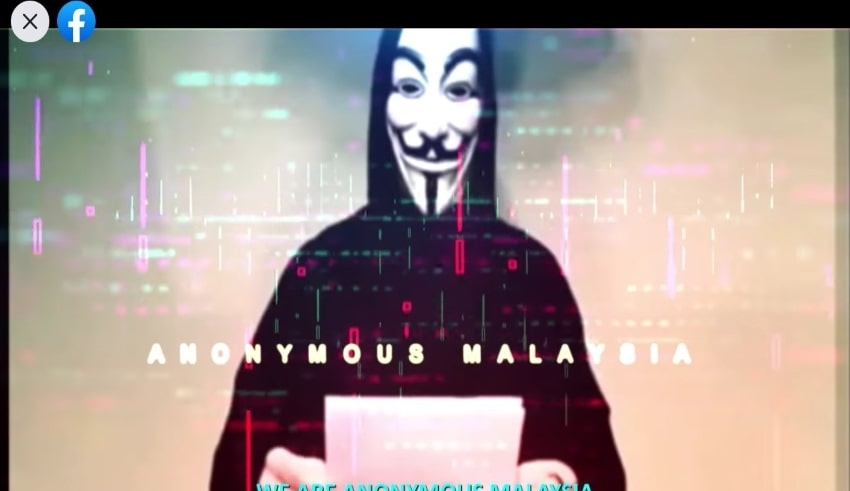 A hacker activist group claiming to be Anonymous Malaysia, after lying dormant for almost six years, said it will soon launch attacks on Malaysian government websites. The attack is going to be a "wake-up call" the group said in a Facebook post.
(C) Anonymous Malaysia

The attack is going to be a “wake-up call” the group said in a Facebook post, requesting more from the government to avoid data leaks.

Hello, Malaysian.
This is a wake-up call for the government of Malaysia.
It’s have been a long time that we are silent.
Be prepared.
We are legion, We do not Forgive, We do not Forget, Expect US!#OpsWakeUp21https://t.co/QfhQfZ7pSQ

The group stated in its online video that the “security system is low” and “all data may be leak(ed)” by the government, enabling unwanted hackers to sell the information.

Kevin Reed, Acronis’ chief information security officer, said the organization is unlikely to wage “all-out Internet warfare,” similar to its last pledge, but some kind of action is likely to be taken.

“In this case, the most likely attacks from Anonymous are a DDoS (Distributed Denial of Service) attack or data leakage accessed through a network vulnerability,” he said.

Acronis is a business specializing in solutions for backup, disaster recovery and defense.

While updating defenses and policies is always good, he does not believe that government websites will need a full redesign or dramatic changes, as long as proper monitoring of the network and data flow is ensured.

Sensitive or confidential data sources must also be checked to ensure that information is properly protected and encrypted, he added.

“While their activities are often illegal, they should be taken seriously and steps should be taken by government organizations to ensure that their data is correct,” he said.

“Every activity under the Anonymous flag improves the public image of the movement. A sure way to draw press attention to your actions is also to behave as anonymous.”

In the past, Malaysia has suffered from several data breaches, including a major hack in 2017 that gave away 46.2 million mobile number subscribers’ personal information.

The Malaysian Armed Forces reported last December that its network was the victim of a cyberattack. However, its Cyber Defence Operation Centre and Cyber and Electromagnetic Defence Division stated that by isolating the data flow, it was able to prevent access to crucial information.

The data leaks have not stopped because the government is reluctant to fund its “developer teams,” which the group also said were “not proud of their code,” Anonymous Malaysia said. Some Twitter users replied to the video of Anonymous Malaysia by asking it to stay away from the iSinar portal, as they are waiting for approval of their applications.