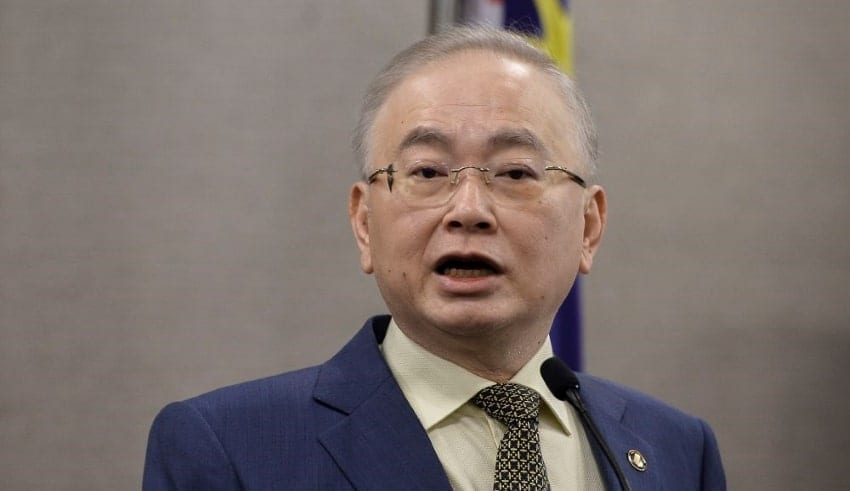 Lim’s right to lift the decision of the federal government to end the ferry service in Penang was challenged by the MCA chief.

Last week, he commented on Lim’s statement in which the DAP secretary-general said that the decision to discontinue the ferry service was an unambiguous declaration of the open conflict of Perikatan Nasional (PN) with the people of Penang.

Wee replied to Lim on his Facebook post yesterday by stating that the latter is no longer the Penang Chief Minister to give such a reply and that the federal government will hold proper discussions with Chief Minister Chow Kon Yeow of Penang instead.

Wee said substituting catamarans for the ferry service, which is prone to breakdowns, is a realistic measure to protect the protection of Penangites that will help the travel and transportation industries of Penang.

In his speech on December 26, Lim challenged the integrity of Finance Minister Datuk Seri Tengku Zafrul Tengku Abdul Aziz after failing to fulfill his promise to continue the Penang ferry service on December 17, and committing “a cardinal sin” by wilfully misleading Parliament.

Wee had previously said that it is expected that more cars will fly between the mainland and the island using Penang Bridge and Sultan Abdul Halim Muadzam Shah Bridge because it is safer, faster and cheaper compared to ferries.

The Minister of Transport said that two fast ferry vessels would carry foot passengers starting next year, while an existing Prasarana-owned ferry would carry motorcycles and bicycles across the channel so that four-wheeled vehicle ferries would not be available.

Wee said the aim of the decision was to make the Penang ferry service safer, quicker and less vulnerable to excessive costs of maintenance.

He reported that the new 47-year-old ferries, on average once a month, were vulnerable to incurring maintenance costs.

Wee also reported that Tengku Zafrul had confirmed the allocation of RM30 million for the modernization of the fleet and that the sum will be released in two tranches, in 2021 and 2022.