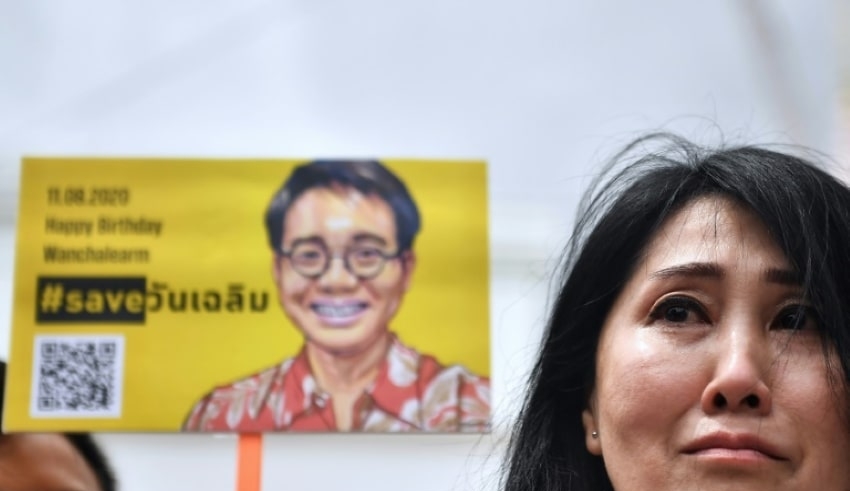 The sister of the missing Thai political activist who suddenly disappeared in Phnom Penh about a year ago has been calling for the authorities to give her answers after having 12 months pass by without any progress in the case.
(C) barrons

The sister of the missing Thai political activist who suddenly disappeared in Phnom Penh about a year ago has been calling for the authorities to give her answers after having 12 months pass by without any progress in the case.

Wanchalearm Satsaksit who was in the wanted list of the Thai police for being behind the acerbic anti-government Facebook page has been dragged into a car in broad daylight while he was in the Cambodian capital.

No trace of him have been found since then and yesterday, Sitanun Satsaksit who was his sister personally went to the justice ministry in Bangkok to hand documents where she demands a proper investigation regarding his brother’s case.

She told the reporters that she came to the Ministry of Justice to ask them of any progress made about the case after a year.

Sitanun added that both the Thai and Cambodian authorities should already have an answer by now since it has been a year since the incident happened. She demanded sincerity from the two authorities on this case.

Rights group Amnesty International called on Thailand in order to start an independent investigation regarding Wanchalearm’s disappearance, while adding that the Cambodian authorities had failed to perform their duty.

According to Amnesty International’s Ming Yu Hah, the negligent investigation is at a standstill.

He also added in his statement yesterday that the previous year has been marked by foot-dragging, finger-pointing and the absence of any credible effort to determine what really happened behind the disappearance of Wanchalearm.

Wachalearm has been living in Cambodia after fleeing from Thailand in the wake of the 2014 coup that brought Prayut Chan-o-cha – then army chief and now prime minister – to power.

Wachalearm who was 37 years old was wanted for sedition and breaching Thailand’s Computer Crimes Act – broad legislation which is according to rights groups has been abused to silence critics.

Meanwhile, the Cambodian police say that they did not make any progress in the case. However, Thanakrit Chitarirat, who is the secretary to the Thai justice minister insisted that there would be progress this month. But the Thai authorities say that the responsibility of conducting the investigation falls under the Cambodian authorities since the incident happened in Cambodia.