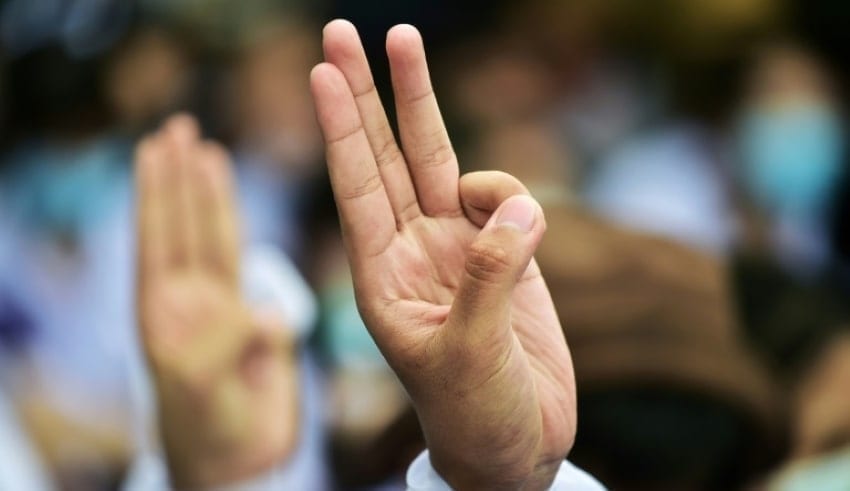 It’s 2021 but here’s a plot twist that happened as Thai authorities charged four democracy activists with royal defamation with the protest movement rocking the kingdom put on hold because of a spike in cases of coronavirus.

In a major upsurge in Thailand’s use of its strict lese majeste laws since a youth-led protest movement began last July, a total of 41 individuals have now been charged with insulting the monarchy.

In view of this, A 15-year prison sentence may be imposed on the charges, but the threat of prosecution has not dissuaded protesters from demanding reform of the monarchy and increased scrutiny of its finances. Recently, police questioned the four and released them, according to Thai Human Rights Lawyers.

Along with this are the Three, including a 17-year-old, were indicted in early December for a protest in Wongwienyai, across the river from Bangkok. A student was charged in a separate case for allegedly printing the 10 demands of the pro-democracy movement as well as transcripts of speeches by protest leaders in August. Morever, The four have all pleaded not guilty.

Anucha Burapachaisri, the government spokesman shared that people were free to protest in a way that was constructive and beneficial for society but not to insult others or incite hatred.

Over the Christmas-New Year period, protests demanding political reform and the resignation of Prime Minister Prayut Chan-o-cha were halted and are likely to remain on hold while Thailand is grappling with an increase in coronavirus cases. In December, an outbreak in the seafood market spread the virus to more than 50 provinces and increased the total number of cases to over 10,000, from just 4,000 in November.

Consequently, Naresuan University political analyst Paul Chambers said the 41 cases represented the highest use of royal defamation legislation since 2017, when 64 persons were either facing charges or still in prison under the rule of the previous monarch.