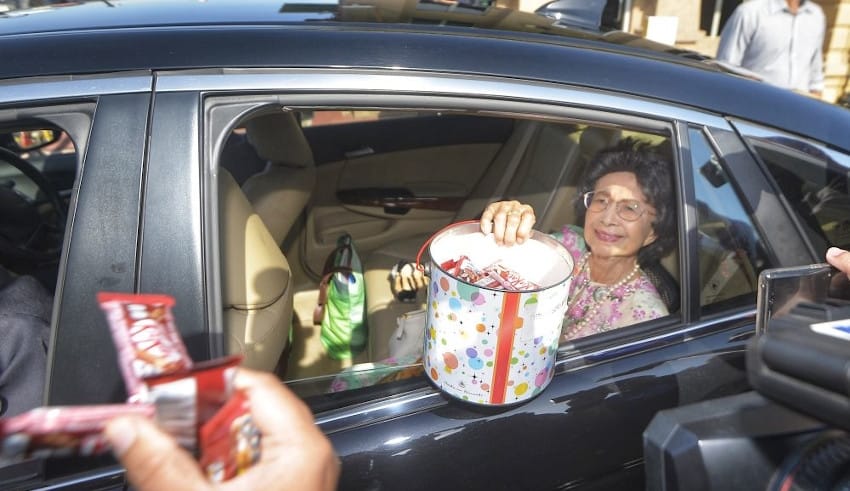 On her way to the Prime Minister’s Office at around 10am, she stopped by at the entrance to greet about 30 media personnel waiting there.

Siti Hasmah handed out buckets of chocolates as she passed by a group of journalist.

“Come.. take it,” she said while handing out chocolates. On Monday, Yang di-Pertuan Agong Sultan Abdullah Sultan Ahmad Shah confirmed the appointment of Dr. Mahathir as interim prime minister while awaiting the appointment of a new PM.