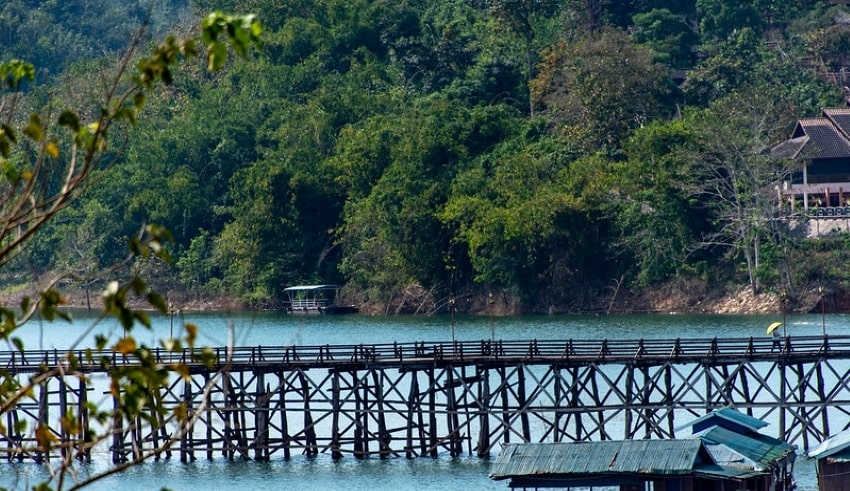 The water level in the Vajiralongkorn dam reservoir in the district of Sangkhlaburi remains very low at only 42.53 per cent of its capacity, raising concerns that 2021 will be another year of water scarcity.
(C)Flickr, Thanathip Moolvong

The water level in the Vajiralongkorn dam reservoir in the district of Sangkhlaburi remains very low at only 42.53 per cent of its capacity, raising concerns that 2021 will be another year of water scarcity, dam director Waiwit Saengpanich.

Mr Waiwit said the low water level was worrying. Despite the same length, the ability to produce electricity from the dam will not be significantly affected. However, there wouldn’t be enough water for general use, agriculture and eco-system maintenance, which needed around 5,000 cubic meters of water.

So, in August-September, they were still hoping for loads of rain, normally the time with the most rain each year. If rain falls short, the committee overseeing regular water discharge will have to amend the water management plan to ensure that there is enough water for next year’s usage.

Mr Waiwit stated that economic use of water in the household, manufacturing, and agricultural sectors is important. Following around three months with little rain, many of the floating rafts used by visitors and local residents now live on green grass covered land.  The water level below the bridge of Uttamanusorn, or Sapan Mon, a major tourist attraction at the dam, is exceptionally small , making boat trips difficult to see a submerged temple mentioned on Unseen Thailand.