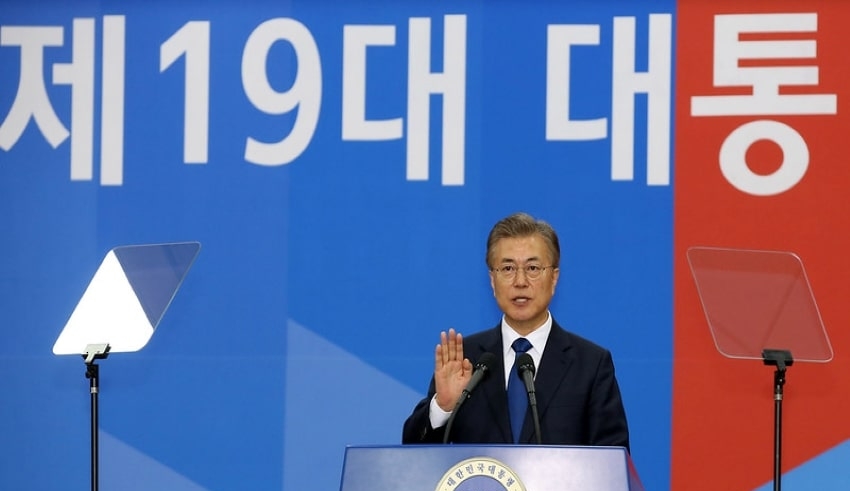 Moon Jae-in made the unprecedented move to enhance his country's relationship with countries in the Association of Southeast Asian Nations
(C) Flickr, Republic of Korea

The recent elected President of South Korea, Moon Jae-in made the unprecedented move to enhance his country’s relationship with countries in the Association of Southeast Asian Nations (ASEAN) in 2017 by presenting the “New Southern Policy” (NSP) while having a state visit in Indonesia.

Creating diplomatic and multilateral economic platforms amid unpredictable geopolitics caused by the mercurial Trump administration back then along with the rising Chinese influence in East and Southeast Asia is among the main goals of the NSP.

The NSP was pushed forward expecting to advance South Korea’s relations with ASEAN and India, both of which have existing significant diplomatic relationships with China, Japan, the United States, and Russia.

The Korean Wave has been successful as such the Korean popular culture has replaced American and Japanese pop culture among teens and adolescents in Southeast Asia.

South Korea’s position on the global stage is now mainly defined by the Korean Wave, whereas, its international trade is determined by its huge manufacturing firms located in Southeast Asia, specifically in Vietnam, which has significantly made the most out of the South Korean investments.

Although the Korean Wave has driven South Korea into the world stage, its international diplomacy remains relatively quiet. According to the author of The New Koreans, Michael Breen, until the 1990s, South Korea’s international relations were mired almost entirely in topics related to North Korea. Indeed, South Korea has long been known for its self-censorship when it comes to calling out human rights abuses. Seoul’s reluctance to be more assertive over the South China Sea dispute is another case in point. Southeast Asia has been drawn into geopolitical warfare between two superpowers namely the US and China. Countries within the region have been noted to be following instructions from the US and China in terms of conducting international affairs, similar to pawns in a chess game, ASEAN nations have been pushed back and forth at the will of these two great powers.