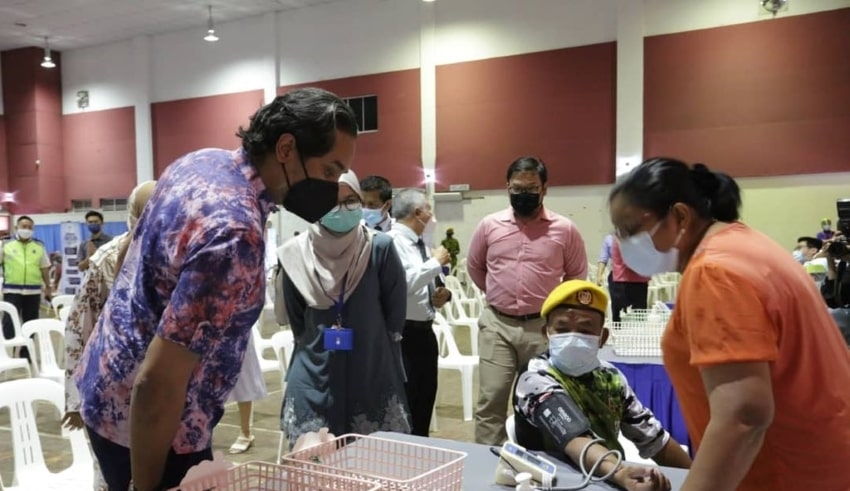 Khairy Jamaluddin, who is the Science, Technology and Innovation Minister said that the vaccination rate of 10 per cent is expected to be achieved by mid-July.
(C) Khairykj / Twitter

Khairy Jamaluddin, who is the Science, Technology and Innovation Minister said that the vaccination rate of 10 per cent is expected to be achieved by mid-July.

He said that the transition towards the Phase Two of the National Covid-19 Immunisation Programme (NIP) should take place at the end of this month, but also added that this was not part of the official announcement given.

It’s Time To End The Myth About The Vaccines

Khairy said that this phase is viewed to be a dynamic phase. He also mentioned about the three thresholds that needs to be achieved namely the daily cases, bed utilization in the Intensive Care Units (ICU) and complete vaccination. In which, under the NIP, the threshold value for the fully vaccinated is at 10 per cent.

He added that they are expecting to achieve that 10 per cent in mid-July of this year.

According to him, as of the moment, for every 100 doses of vaccine administered to recipients, 30 doses of that are second shots.

When he was asked to comment on how the government will work out in order to reach the target of 10 per cent, Khairy answered that for the 10 per cent of the population of 3.2 million people to get fully vaccinated, about 10.7 million doses must be administered. In considering the numbers mentioned, the government is targeting to administer about 8 million vaccine doses in June and is expectant to reach 10.7 million in mid-July.

In a separate statement, Khairy talked about how the vaccination rate in Malaysia continues to be competitive even in the middle of vaccine inequity by larger western nations.

He said that if a comparison is to be made between Malaysia and Japan, which is an advanced country than Malaysia, Japan is still falling behind the United States, United Kingdom and Canada.

The reason? UK has purchased vaccines five times the number of its population, and the same goes for Canada.

“Looking at how the companies distributing vaccines are from the UK and US, they had easier access.

“Only now they are offering aid through contributions. We will accept contributions from the US, Japan and China in the near future,” he added.