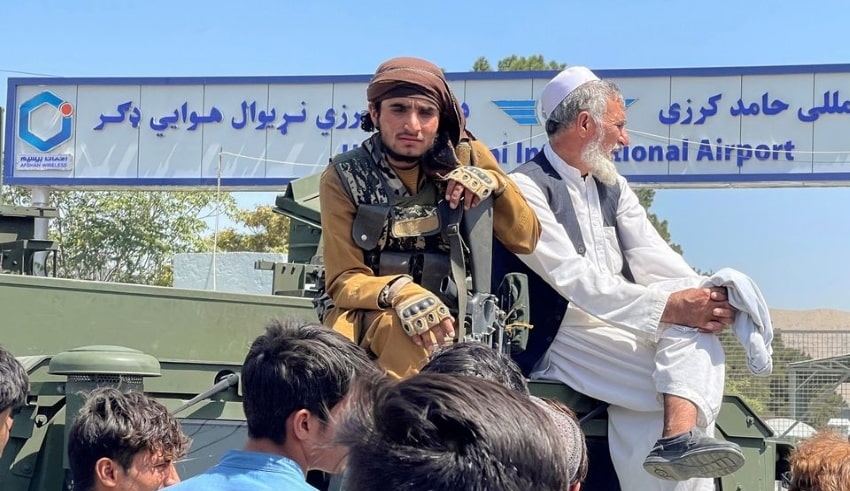 Russia’s envoy to Afghanistan complimented the Taliban’s behavior yesterday, saying the group, which is still officially classified as a terrorist organization in Russia, had made Kabul safer in the first 24 hours than it had been under previous administrations.

The remarks by Ambassador Dmitry Zhirnov reflect an overt effort by Russia to strengthen its long-standing ties with the Taliban while deferring, for the time being, to recognizing the hardline Islamist group as the legitimate rulers of a country Moscow attempted and failed to control until the Soviet Union withdrew its final forces in 1989.

Russia wants to guarantee that Afghanistan’s instability does not flow over into Central Asia, which it views as its own backyard, and that it does not serve as a launchpad for other radical Islamist organizations.

Russia, like many other countries, expressed astonishment at the lightning speed with which the Taliban took control of the country while US troops attempted to evacuate American people.

Zhirnov told Moscow’s Ekho Moskvy radio station that he had been pleased by the Taliban’s behavior so far, calling it as “good, positive, and businesslike.”

Zhirnov said that the situation is quiet and stable, and the city has regained its composure. Kabul is now safer under the Taliban than it was under (President) Ashraf Ghani.

Ghani, whose whereabouts are unknown, left on Sunday, claiming he was attempting to avert bloodshed.

Zhirnov said that the government collapsed like a house of cards. There was an atmosphere of chaos, a vacuum of authority, and looters took to the streets.

He added that originally, unarmed Taliban troops reached the capital and urged the government and US soldiers the surrender of their weapons. The major armed Taliban forces arrived later, after Ghani left and enforced a curfew.

Zhirnov said that the Taliban had already seized control of the Russian Embassy’s security perimeter, which employs more than 100 people, and that he would have extensive security discussions with them.

According to him, the Taliban had pledged to protect Russian diplomats in accordance with previous agreements, and Western concerns about their behavior had so far proven unfounded.

He said that schools in Kabul, including those for females, have reopened.

Russia’s embassy in Britain has said that Washington’s withdrawal from Afghanistan demonstrates the country’s geopolitical star is fading.

The embassy said on Twitter on Sunday that the objective truth is that Washington’s comfortable position of US hegemony is ebbing away in the face of Russia and China‘s growing political positions.

Kabulov told Ekho Moskvy that they have been developing connections with the Taliban movement for seven years for a reason. He added that they recognized that this force, even if it did not fully seize power, would play a significant part in Afghanistan’s destiny in any case.