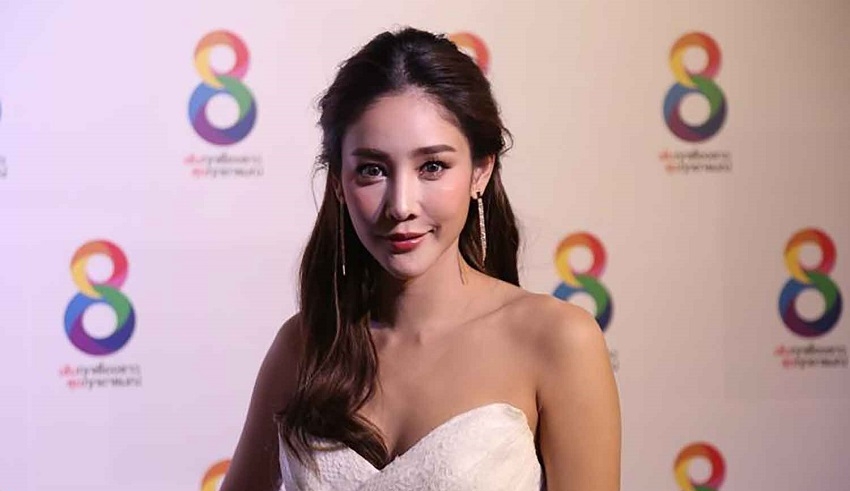 Paiboon admitted to being drunk and mishandling the boat, which caused the 37-year-old actress, Nida "Tangmo" Patcharaveerapong, to lose her balance and fall.
(C) Bankkok Post

Thai actress Tangmo’s body was found in Bangkok’s Chao Phraya River at the end of February. The investigation into her death led to a standstill, but based on what they know so far, police say it “appears to be an accident.”

The national police chief, Suwat Jangyodsuk, told the Bangkok Post on March 7 that the police will learn more about Tangmo’s death “in a couple of days” when the results of the forensic examination are released.

The report also said that at least 29 witnesses had been questioned for the investigation, but the police were still gathering evidence and had already told investigators to look at witness statements and other related evidence like phone records and the speed boat’s GPS data.

Tangmo, whose real name is Nida Patcharaveerapong, was found dead on February 26 after a 38-hour search. She had apparently fallen off a speed boat.

The Deputy Spokesperson for the Office of the Attorney-General, Prayut Petchkun, told the media this morning that five of the suspects who were on the speedboat the night she fell into the river and drowned face the most serious charge, which is negligence causing the death of another person.

The six were told about the different charges against them, which include lying to the police, littering, destroying evidence, using a boat with an expired license, and operating a boat without a license.

Supaporn Nipavanich, who is in charge of the case, said that the owner of the speedboat will also be charged with drug abuse.

She said that after looking at all the evidence, there is nothing to show that Nida’s death was caused by murder, but it does show that someone was careless.

The Nonthaburi Provincial Court later let the six out on bail, with bails that ranged from 90,000 to 210,000 baht each. They are supposed to go to court on September 21.

Police finally decided that Nida’s death was caused by carelessness after a long investigation that included social media dramas, two autopsies, and suspicions of foul play from people who had nothing to do with the case.

In the end, the police decided that the actress was hurt because she was careless, not because she was killed. Her mother, who got THB30 million as a settlement, said she was happy with how things turned out and will cremate her daughter next week. Even though they are charged, the people who were with her when she died are still free on bail, and hearings on lesser charges are set for next month.

So, that’s why the police said yesterday that they had closed the case of Nida “Tangmo” Patcharaveerapong, whose death became a national obsession after she fell overboard and drowned in late February. Many people did not like how things turned out.

After investigators gave their final public report at the Provincial Police Region 1 headquarters, the hashtags #TangmoMustGetJustice and #ForPattaratida were trending on Twitter.

Keyboard detectives have kept looking over the details of the case and jumping on “evidence” they think shows that Tangmo’s death by drowning in the Chao Phraya River was not an accident.

Paiboon admitted to being drunk and mishandling the boat, which caused the 37-year-old actress to lose her balance and fall. At first, both of them denied doing anything wrong and seemed to be trying to hide their roles.

All five were charged with recklessness that caused death. Nitat, Paiboon, and Itsarin were also accused of making false statements and changing evidence.

Peam “Em” Thamtheerasri, the sixth suspect, was also accused of helping the others hide evidence and lie to the police.

Jiraphat said that anyone who fell off the speedboat would have been sucked into the propeller and ruled that there was no evidence of wrongdoing.

When Tangmo’s body was found, there were up to 26 wounds between her thigh and her ankle. The biggest cut was on her right thigh, where the propeller of the speedboat was found to match.

Still, many people were not sure, and critics said the police had handled the case badly.

Dayos Dechjob, who is Tangmo’s brother, was one of the people who said they were sad.

“If it was the boat propeller, can you show that there are blood stains on it?” he asked on social media.

At the end of the conference, two of Tangmo’s friends who were also suspects, Itsarin and Wisapat, posted a photo of themselves smiling in the back of a limo. They didn’t look sorry, but instead seemed proud.