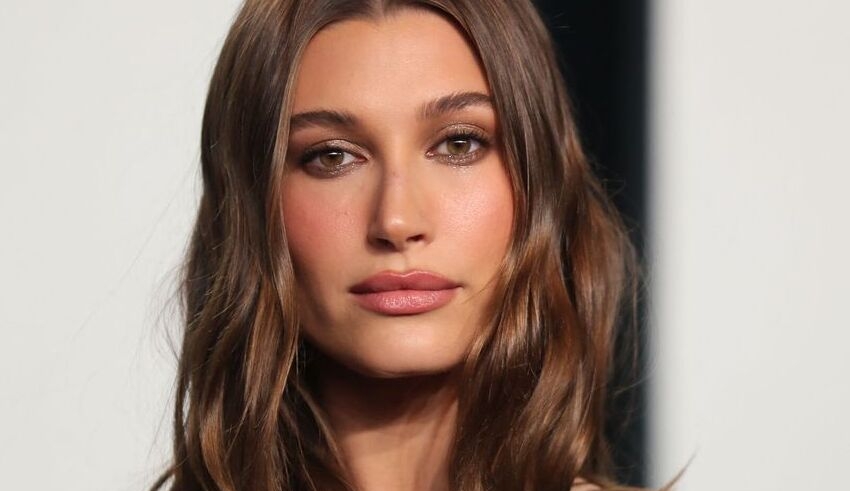 Hailey also talked about the hate she's getting online because she's dating Justin, but she went on to say that everything is fine between her and Selena.
(c) Vanitatis

Hailey Bieber has finally cleared up the rumor that she stole her husband, singer Justin Bieber, from his ex-girlfriend, Hollywood star Selena Gomez. They have been married for four years.

“When we started hooking up or doing anything like that, he had never been in a relationship at any time. I never would. It’s not in my nature to mess with someone else’s relationship,” she said in a podcast episode of Call Her Daddy that came out on September 28. She also said that she had never talked about this issue in public before.

During the hour-long podcast, neither Alex Cooper nor Hailey said Selena’s name. Instead, they just said that she was Justin’s ex. When Hailey started talking about the “crazy” timeline of how she and Justin got engaged while he was still spending time with his ex-girlfriend, the implications became clearer.

Fans called Justin and Selena “Jelena,” and they went on and off public dates from 2010 to 2017. It was said that they were together from November 2017 to March 2018. Justin and Hailey, on the other hand, have been friends since 2011, and they started dating at the beginning of 2016. According to reports, they got back together in June 2018, got engaged in July, and got married in September.

Hailey said, “I get how it looks from the outside,” but she added that she respected their long history and knew that the ex-couple already had their closure: “I know for sure that closing that door was the right thing to do… I think it was the best thing for him to move, get engaged, get married, and move on with his life in that way.”

She also said that she wouldn’t have talked to Justin again if she had known that he hadn’t gotten over his last relationship. “I would never want to be in a relationship with someone, get engaged to them, and get married to them, all the while wondering in the back of my mind if that was really it for them. And I know for sure that the reason we were able to get back together was because it was pretty much over. And I think that’s polite.”

Hailey also talked about the hate she’s getting online because she’s dating Justin, but she went on to say that everything is fine between them and her husband’s ex. She said, “I know we’ve all moved on from any kind of drama.”

“Neither of us has to do anything for anyone but show respect. I think a lot of her. And I don’t think anyone has any hopes…. There’s nothing going on with me.”

She also said she has talked to Selena since her wedding to Justin. “It’s all love and respect. This is also why I think it’s fine if everyone on our side knows what happened, we’re all good, and we can move on with clarity and respect. Which has made me feel a lot better.”

Selena hasn’t said anything about Hailey’s interview as of this writing.