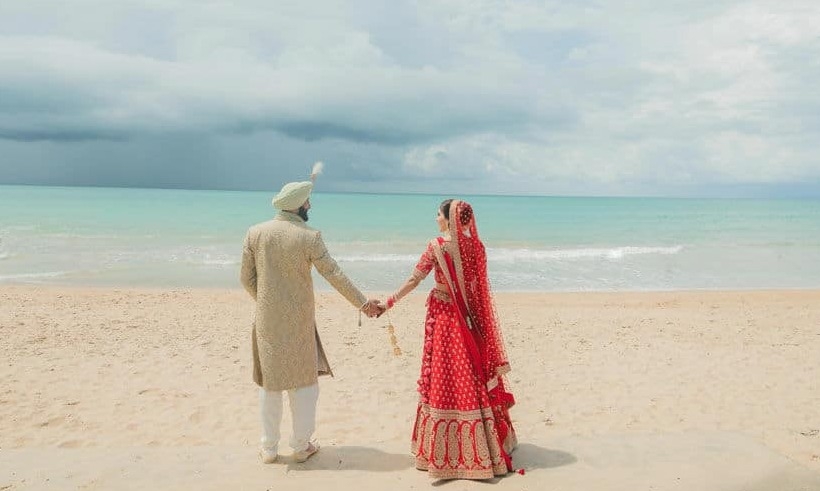 Due to the fact that Indian weddings in Thailand can last up to a week and involve everything from event planning to food, decoration, and transportation.
(c) The Tattlers

According to a senior tourism official, Thailand’s goal is to increase its tourism revenue to between 600 billion and 700 billion baht ($16 billion and $19 billion) by the end of the year. This will be accomplished by targeting high-spending groups such as Indian wedding parties and honeymooners.

In an interview this week with Reuters, the deputy governor of the Tourism Authority of Thailand, Siripakorn Cheawsamoot, stated that Thailand’s goal is to capitalize on the “pent-up demand” in the multi-billion dollar Indian wedding industry. Thailand is well-known for its beaches with white sand and its vibrant nightlife.

The first eight months of the year brought in a total of 186 billion baht in revenue from international tourism thanks to 4.2 million arrivals; 10 million tourists are anticipated for the entire year.

The tourism industry is a significant contributor to the country’s overall economic growth in Southeast Asia. As a result of the COVID-19 epidemic, the number of international visitors to the country dropped to an all-time low of 428,000, however in 2019, when tourism contributed 12% of GDP, it reached a record high of about 40 million.

Now that most of the restrictions that were tied to the pandemic have been lifted, the government’s goal for revenue in the second half of 2022 is 11 billion dollars.

Due to the fact that Indian weddings in Thailand can last up to a week and involve everything from event planning to food, decoration, and transportation, the cost of these weddings can range anywhere from 10 million to 30 million baht.

According to him, approximately sixty percent of Indian destination weddings in Thailand were held by residents of India, while the remaining forty percent were held by Indian families living outside of India. Because of this, Thai tourism representatives in Mumbai and New Delhi are expanding their partnerships with wedding planners.

Siripakron anticipates that tourists will spend at least 48,000 baht per trip this year, and he hopes that by 2023, that number will rise to 50,000 baht per trip. This increase will be helped by other high-spending segments, such as medical tourism and executives choosing to work remotely in Thailand.

According to what he indicated, the government would also increase the length of some tourist visas from 15 to 30 days beginning in October. This comes as the behavior of travelers is shifting toward preferring longer stays due to the high cost of flights and limited availability.