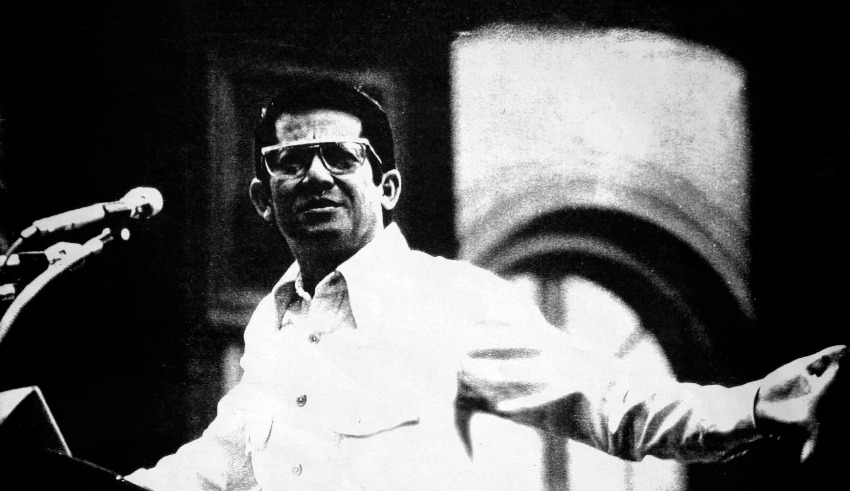 Yap indicated that the plot of Martyr or Murderer would center on "the greatest accusation" leveled against the Marcos family throughout the course of history.
(c) Offical Gazette

Darryl Yap has dropped hints that he is putting the finishing touches on a new movie that will be called Martyr or Murderer and would be about the late senator Ninoy Aquino.

The Filipino director stated that the film will cover the life and death of a prominent political person from the opposition during the old Marcos era. This figure was Benigno “Ninoy” Aquino Jr., and the director said that the film would follow his story. He made the announcement about his new venture on Facebook by starting a countdown that showed how many days were left until the movie was supposed to be released in February of 2023.

A portion of the caption reads “Kilalanin ang unang dilaw,” which translates to “Get to know the first yellow” which is a nod to the political family’s signature color.

In an interview with the press, Yap indicated that the plot of Martyr or Murderer would center on “the greatest accusation” leveled against the Marcos family throughout the course of history. This accusation is that the Marcos family was complicit in the assassination of the deceased senator.

Yap continued by saying, “And I want to provide the reasons why the people should believe them that it’s not them.”

The filmmaker of the controversial film Maid in Malacanang, which depicted the acts of the Marcos family in the aftermath of the former dictator’s historic ouster in 1986, made the announcement that this sequel film will be produced less than a month after the premiere of that film.

The historical accuracy of his most recent work has been called into question by a number of people. For instance, it portrayed the events of the People Power Revolution as an internal tragedy for the Marcoses, despite the fact that the movement became necessary in the first place as a result of the Marcoses’ prolonged reign of power. The events that took place during Martial Law were “whitewashed” in the storyline of the film, as evidenced by the fact that there were 100,000 cases of human rights violations, 70,000 extrajudicial arrests, 34,000 individuals tortured, and 3,240 deaths.

Even the Carmelite Monastery in Cebu, which is located in the Philippines, condemned the film for its defamatory and false portrayal of their order. Sister Mary Melanie Costillas voiced her opposition to a scenario in which the late Cory Aquino was seen playing mahjong with other nuns “when the future of the country was in jeopardy.” This was a bad reproduction of the time when the female president sought refuge with nuns in the midst of the growing momentum of the revolution. The nuns were joined in their condemnation by the Bishop Gerardo Alminaza of San Carlos, who is from the Negros Occidentales.

Yap, whom Senator Imee Marcos referred to as her “accomplice in all things online,” had also played a significant part in practically defaming the opposition during the campaign season. The director’s massive social media presence on Facebook and Youtube gave him the platform to air politically charged comedy shorts, oftentimes starring Imee herself, that indirectly attacked other presidential candidates such as The Lenlen Series, Tara Kape, and BabyM. These shorts were often posted on the director’s Facebook page.