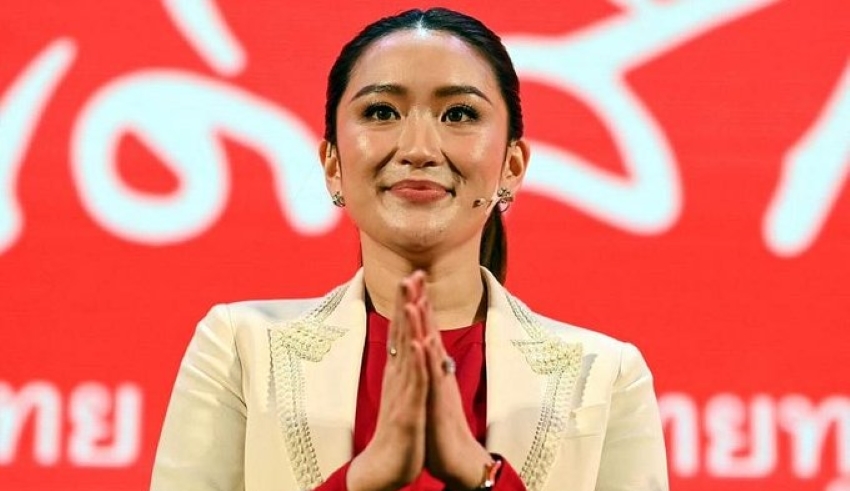 Thailand – Paetongtarn Shinawatra, Thaksin’s youngest child, is now throwing herself into the country’s profoundly divided political scene ahead of a national election scheduled for March 2023.

She boasts half a million Instagram followers, lives a lavish lifestyle, and describes herself as the “little girl” of former Thai Prime Minister Thaksin Shinawatra, one of the country’s most powerful and controversial personalities.

The decision extends the Shinawatras’ clout to a new generation and sets the stage for the newest round of the ultra-wealthy clan’s 20-year feud with the kingdom‘s royalist-military elites.

Paetongtarn plays a minor role in the main opposition Pheu Thai party, although she is widely expected to be selected the party’s prime ministerial candidate if an election is called.

Thaksin, who was deposed as prime minister in 2006 by a military coup, appears frequently on Paetongtarn’s social media pages, cradling her baby or posing with his daughter over a bowl of noodles.

Paetongtarn says her father’s “unwavering support” gives her strength and that she will always be his “little child.”

It’s a sentiment that appeals to Thaksin’s legions of fans, many of whom are poor and rural, and who helped him win elections in 2001 and 2005.

During the Bangkok municipal elections last month, a well-wisher told her, “We need you. We miss your father.”

The powerful royalist and military elites, who loathe Thaksin and have long suspected him of directing opposition to their political supremacy from overseas, will be alarmed.

Since 2001, parties associated with the businessman have won the most seats in every Thai election, only to be deposed by coups or judicial judgements followed by major street protests.

Thaksin Shinawatra, the former Manchester City owner who established a telecoms empire worth about $1.9 billion, now lives in self-imposed exile in Dubai to avoid politically motivated corruption charges, according to Forbes.

In 2011, his sister Yingluck was elected Prime Minister, but she was removed in a coup in 2014 by Gen. Prayut Chan-O-Cha.

Prayut, who was elected prime minister in a contentious election in 2019, is widely regarded as a terrible economic manager and is losing popularity, especially among the youth, who marched to the streets in 2020 to demand democratic reform.

Prayut’s support for a candidate for Bangkok governor was smashed in last month’s election, which was won resoundingly by a former Pheu Thai minister.

Paetongtarn, who runs the hotel division of her family’s real estate firm, was getting her first taste of campaigning.

During Thaksin’s five years in power, the economy improved and the rural poor benefited, but detractors argue the period was marred by graft, nepotism, and authoritarianism.

Paetongtarn claims that Thailand improved under his leadership, and that she, like her father, thrives in hardship.

“After everything my father has done for our country, how could I not be proud of him?” she asks. “Thanks to him, I’m not only not afraid of criticism anymore, but I also see it as an opportunity for growth.”