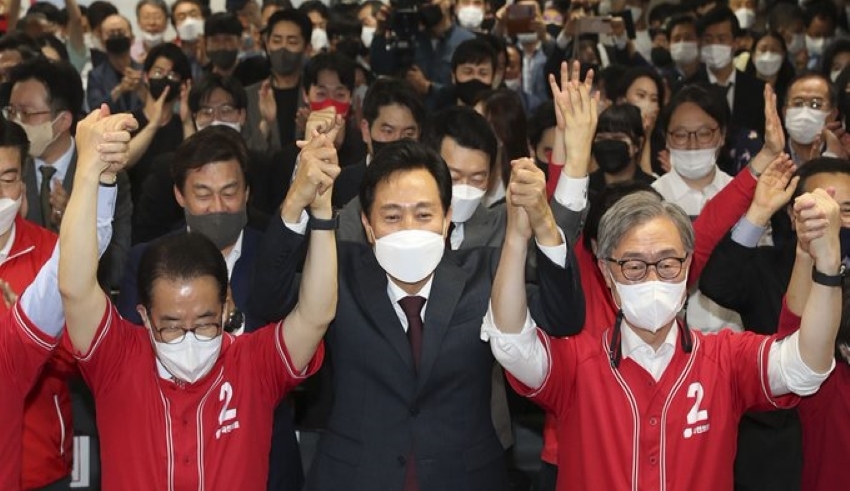 Yoon, an outspoken anti-feminist and political newcomer, won the March presidential election by only 0.7 percent — the smallest margin ever — and now faces a National Assembly dominated by the opposition, which has promised to scrutinize his policies thoroughly.

In elections for mayors and provincial governors held Wednesday, Yoon’s People Power Party won 12 of the 17 main positions up for grabs, including the capital Seoul and the country’s second biggest city, Busan.

Get Ready Reveluvs, Red Velvet Will Be Live In Manila

The Contagious Omicron BA.5 is Unexpectedly Detected in PH

Yoon’s spokesperson, Kang In-sun, cited him as stating, “I want to accept the results of this election as the desire of the people to revitalize the economy and take better care of the people’s livelihood.”

Moon Jae-in, the former president of the opposition Democratic Party, and his government have been accused for increasing house prices in Seoul, which increased by about 120 percent during his tenure.

The Democratic Party, which won 14 mayoral and gubernatorial seats in the last election, only won five critical elections this time, including three in Jeolla, its southern heartland.

The electoral failure comes as the party grapples with internal schisms, sparked in part by rising star and temporary leader Park Ji-push hyun’s for reform after the party’s presidential election defeat.

It also fired one of its lawmakers earlier this month over sexual misconduct claims.

Park Won-soon, the DP’s former Seoul mayor and a passionate supporter for women’s rights, committed himself in 2020 after being accused of sexual abuse.

The party’s previous mayor of Busan, Oh Keo-don, was also forced to leave after sexually abusing a female colleague.

“After the presidential election, we got our second penalty,” said DP interim head Park.

“The outcomes were far worse than we had anticipated.”

The PPP won five of the seven seats up for grabs in the National Assembly in legislative by-elections, despite the fact that the DP still retains the majority.

Ahn Cheol-soo, the PPP’s presidential candidate who dropped out to endorse Yoon, won a seat representing a district in Seongnam, south of Seoul.

Lee Jae-myung, the Democratic Party’s presidential candidate, was also elected to parliament for a constituency in Incheon’s port city.