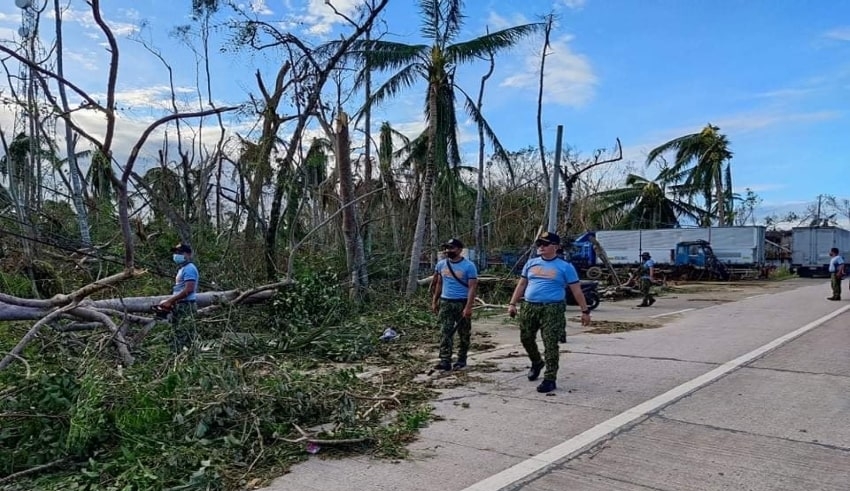 A total number of 208 people have died in the Philippines' strongest typhoon of the year, according to the country's national police
(C) Daily Tribune

Philippines – A total number of 208 people have died in the Philippines’ strongest typhoon of the year, according to the country’s national police, making it one of the worst storms in recent years.

Typhoon Rai destroyed the southern and central parts of the island, injuring at least 239 people with 52 individuals reportedly missing.

As a super typhoon, Rai stormed into the nation on Thursday, forcing more than 300,000 people to flee their homes and beachside resorts.

There has been “complete carnage” in coastal regions, according to the Red Cross of the Philippines.

A devastating hurricane known as Haiyan, or Yolanda in the Philippines, claimed the lives of more than 7,300 people.

At least 74 people have been killed in Bohol, one of the Philippines’ most famous islands, which is famed for its beaches, rolling “Chocolate Hills,” and small tarsier primates, according to provincial governor Arthur Yap, who announced the death toll on his Facebook page.

The hurricane also wreaked havoc on the islands of Siargao, Dinagat, and Mindanao, which took the brunt of the storm’s winds as it slammed into the Philippines.

According to provincial information officer Jeffrey Crisostomo, at least ten individuals died on the Dinagat Islands on Sunday.

An SOS message was painted on a road in the famous tourist town of General Luna on Siargao island, where surfers and tourists had gathered ahead of Christmas, while inhabitants struggled to get water and food.

The magnitude of the storm’s devastation is being hindered by the lack of connectivity in large swaths of the afflicted regions.

Water-filling stations and ATMs have also been affected by the power outage.

Military, police, and fire departments have all been mobilized in large numbers to aid in the search and rescue operation.

Ships bringing food, water, and medical supplies, as well as heavy gear (including backhoes and front-end loaders) to repair roads obstructed by downed power lines and trees, have been transported to the affected areas.