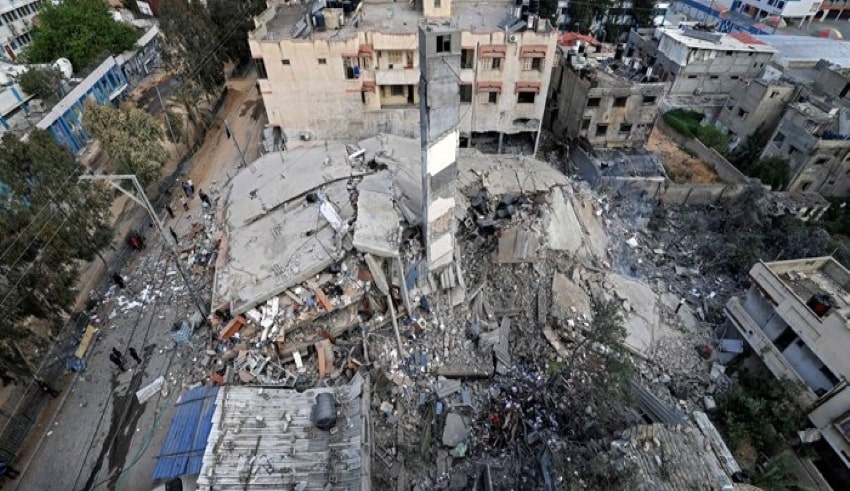 The struggle between Israelis and Palestinians is one of the world's most enduring conflicts, with the Israeli occupation of the West Bank and the Gaza Strip reaching 53 years
(C) AFP

The struggle between Israelis and Palestinians is one of the world’s most enduring conflicts, with the Israeli occupation of the West Bank and the Gaza Strip reaching 53 years. Various attempts have been made to resolve the conflict as part of the Israeli–Palestinian peace process.

Mahathir says has the right to kill French; twitter

Hamas’ linked to Muslim Brotherhood
Hamas’ involvement in attacking Arab countries and spreading rumors about them more than focusing on Israel is because they follow an extremist, hostile, Brotherhood, and extremist agenda, regardless of the events in Gaza.

As a quick background, Hamas was founded in the 1980s and has been opposed to the late Yasser Arafat’s Palestine Liberation Organization (PLO) since its inception. Unlike the PLO, Hamas does not recognize Israel’s right to exist. Its emblem depicts the Dome of the Rock in Jerusalem, and the outline of the territory of Israel, Gaza and the West Bank as a single Palestinian state.

In 1993, Arafat made peace with Israel in the context of the Oslo Accords, ending the first intifada, which began in 1987. Hamas rejected the peace process and continued its terror attacks against Israel.

Iran’s militias and the Muslim Brotherhood lie in wait for evil for the Arab peoples and the Palestinian people.

Hinz said Iranian rockets used to be smuggled into Gaza via Sudan and then Egypt. Ever since Sudanese dictator Omar al-Bashir’s ouster in 2019, however, this has become more difficult. It is believed that with outside assistance, Hamas now produces most of its rockets within the coastal enclave.

Gaza health officials said 232 Palestinians, including 65 children, had been killed and more than 1,900 wounded in aerial bombardments. Israel said it had killed at least 160 combatants.

Authorities put the death toll in Israel at 12, with hundreds of people treated for injuries in rocket attacks that caused panic and sent people rushing into shelters.

The most heartbreaking thing and certainly what anyone wants to avoid is for the lives of the innocent civilians,  young and old to perish. Both Israelis and Palestinians loss so much from this and we can only hope things get better after the just announced ceasefire.