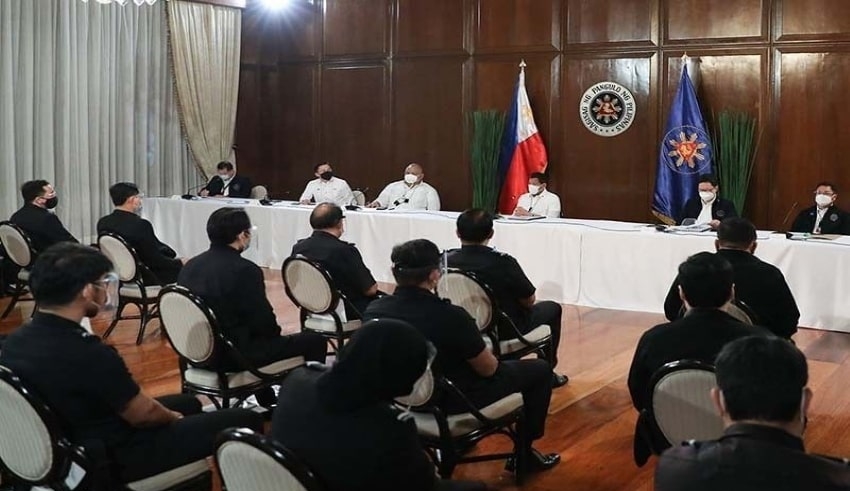 Surprisingly. contrary to President Duterte’s claim that he fired 43 Bureau of Immigration (BI) personnel allegedly involved in the “pastillas scheme,” they have actually reported back to work but are facing criminal and administrative charges, Justice Secretary Menardo Guevarra has expressed it to the public.

In his sixth State of the Nation Address (SONA) last July 26, Duterte claimed that the 43 immigration personnel tagged in the alleged modus operandi at the airport have already been fired. But Guevarra said these immigration personnel were not fired or dismissed, precisely because the investigation of their cases is still going on.

Duterte to corrupt officials: “Many will lose jobs”

Under existing Civil Service Commission (CSC) rules, dismissal from service may be imposed for dishonesty and other major administrative offenses. Both the Office of the Ombudsman (OMB) and the DOJ (Department of Justice) may exercise that disciplinary power after giving the respondents their day in court, he explained. He added that it is only personnel who are on a job-order basis who may be terminated immediately.

But he also admitted that if the DOJ finds reasonable ground and complies with the CSC regulations, under the Commonwealth Act that established the bureau, the department has the authority to dismiss BI personnel. Along with this, they have disciplined so many immigration officers in the past for administrative offenses.

These BI personnel resumed working for the bureau after completing their six-month preventive suspension and are now facing investigation before the DOJ and the OMB. The six-month preventive suspension of BI personnel allegedly involved in the so-called ‘pastillas’ scheme has already lapsed. However, the preliminary investigation being conducted by the OMB is still going on. So are the administrative proceedings being conducted by the DOJ.

He added that these BI personnel have returned to the main office but most of them have not been given assignments while their cases remain pending. Along with this, Guevarra shared that he is leaving it to the BI commissioners to decide if they would want to give new assignments to these personnel who allegedly escorted Chinese nationals illegally entering the country.

As for former BI Port Operations Division head Grifton Medina, one of the officials relieved in connection with the investigation, he was not reinstated to the division. A Senate investigation uncovered the modus operandi reportedly involving some BI personnel who escorted illegal Chinese nationals arriving at the airport.

In return for their service, these officers received bribe money rolled up in white paper similar in appearance to the sweet dessert pastillas. But aside from the 43 BI personnel initially linked to the scheme, there was a second batch of immigration personnel implicated.

According to BI spokesperson Dana Sandoval, of the 86 personnel suspended in connection with the pastillas scheme probe, 84 have returned and been assigned to administration offices with back-end and non-sensitive positions; one retired and one was a whistle-blower in the controversy. For Sen. Risa Hontiveros, however, the pastillas scam providing express lane for Chinese workers for a fee is not over with the lapse of the six-month suspension of BI officials involved.