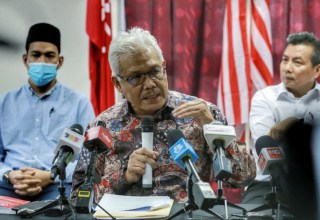 Parti Pribumi Bersatu Malaysia (Bersatu) today announced the termination of the membership of Tun Dr Mahathir Mohamad and that of four other MPs following a meeting last night of the top leaders of the group.

Through the Supreme Council meeting on February 23, it was agreed that Bersatu would leave PH and the formal declaration was rendered on February 24 by Tan Sri Muhyiddin Yassin, president of Bersatu, who is the acting president in an organized and lawful manner. The council also agreed that Bersatu ‘s decision to establish the Perikatan Nasional Party, headed by Bersatu, was compatible with the objectives of the group.

Hamzah also explained that the council decided that Datuk Marzuki Yahya was no longer the secretary-general of the party, and that his letter of termination was submitted on March 18.

The leaders of the Supreme Council do want to affirm our pledge to serve in the Bersatu-led PN Administration. In fact, the supreme council would also like to take this opportunity to express our gratitude to former party chairman Dr Mahathir, deputy Datuk Seri Mukhriz Mahathir, armada chief Syed Saddiq Syed Abdul Rahman and other supreme council members who left the party for their contributions and sacrifice for the party.

Bersatu’s top members had gathered for a meeting at the University Malaya Alumni clubhouse last night supposedly to remove Dr. Mahathir from the party.

PN took charge to cause the downfall of the PH government after Dr Mahathir resigned as prime minister in February.