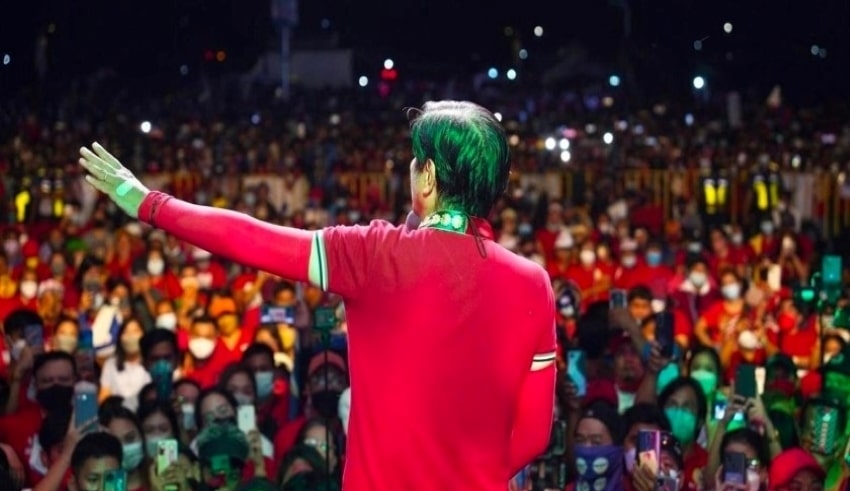 Lawyer Vic Rodriguez, spokesperson of presidential aspirant Ferdinand “Bongbong” Marcos Jr., disowned a statement attributed to him that UniTeam candidates will not participate in debates due to “trauma.”
(C) Bong Marcos / Twitter

Philippines – Lawyer Vic Rodriguez, spokesperson of presidential aspirant Ferdinand “Bongbong” Marcos Jr., disowned a statement attributed to him that UniTeam candidates will not participate in debates due to “trauma.”

In view of this, Rodriguez has shared a statement that its “a complete falsity and downright lie. There is no such statement coming from me nor the BBM-Sara UniTeam. This is what he added referring to the tandem of Marcos and his running mate Davao City Mayor Sara Duterte.

With a satire label at the bottom left, claimed that Rodriguez had said UniTeam bets from the president down to councilors will no longer attend debates “due to traumas” experienced by two of their candidates in the senatorial debate hosted by SMNI.

UniTeam senatorial candidates Harry Roque and Larry Gadon attended the debates, where labor lawyer Luke Espiritu rebutted them. Espiritu questioned Roque’s choice to be under Marcos’ slate, citing his history as an activist, while he countered Gadon’s false claims on Martial Law abuses under the late dictator’s regime.

Rodriguez said the false quote attributed to him is part of the continuing gutter politics and their adversaries have employed against presidential candidate and, out of their desperation, will only get worse as they progress with they campaign.

UniTeam’s presidential candidate Marcos has so far shunned and has had to reschedule one— a couple of interviews, forums and debates, citing conflict in schedule and internet problems. He also rejected an interview invite in January and accused journalist Jessica Soho of “bias” for being “anti-Marcos.”

With the Commission on Elections presidential debates coming in two weeks, Marcos has yet to confirm his attendance. He said he would still check the format of the debates.

Consequently, Rodriguez said in February that they first look into the format of the event before accepting the invitation. He said they are not keen to attend forums where candidates are pitted against each other as they prefer a format where they are given more time to explain their platforms.

Marcos has been criticized for a lacking platform, as he instead focuses on his unity campaign in public speeches. Marcos’ running mate Duterte meanwhile said, through her spokesperson Liloan, Cebu Mayor Christina Frasco, in February that she will campaign without attending debates to focus on the ground activities.

Morever, they separate chance interviews earlier this week, Marcos and Duterte said they are still unsure on whether they would attend Comelec debates set on the third weekend of March.