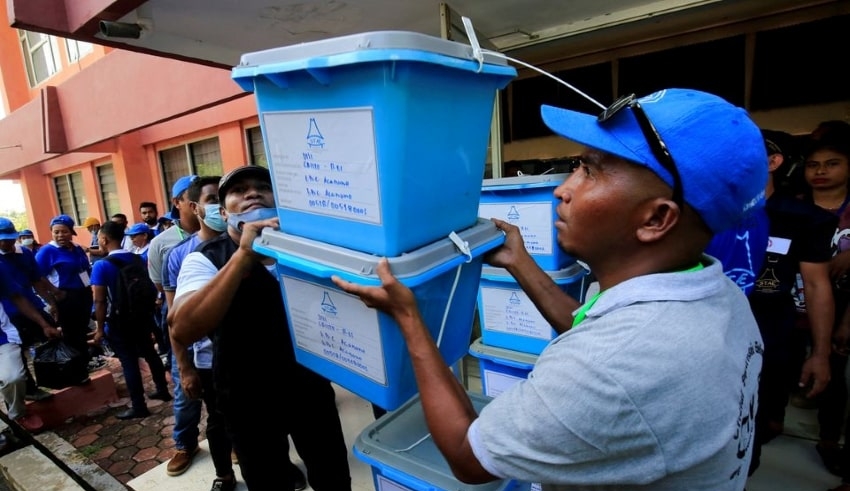 On March 19, voting began in East Timor for its fifth presidential election since liberation, with worries about political and economic stability at the top of the list.
(C) reuter

ASEAN – On March 19, voting began in East Timor for its fifth presidential election since liberation, with worries about political and economic stability at the top of the list.

Former resistance soldier and current President Francisco “Lu Olo” Guterres, as well as independence figure and Nobel laureate Jose Ramos-Horta and a former Catholic priest, are among the 16 presidential candidates.

Timorese wore masks and waited patiently in line to vote at polling stations in the capital, Dili.

One voter, Jorge Mendonca Soares, 42, expressed his desire for change by saying, “We must select a new generation so that we can develop this nation.”

Ramos-Horta, 72, former defense forces commander Lere Anan Timur, and Guterres are the front-runners, according to a recent national university survey.

A Fresh Opening of Sarinah Building

Early indications of who is winning the vote are likely late Saturday after polls close at 3 p.m.

If no candidate receives an absolute majority, a run-off election will be held on April 19 between the top two candidates.

East Timor has suffered with political instability for most of the twenty years since independence, after the conclusion of a violent Indonesian occupation.

Guterres declined to swear in certain officials from the National Congress for the Reconstruction of East Timor (CNRT), a political organization headed by former Prime Minister Xanana Gusmao, after the 2018 elections.

The move resulted in a political standoff.

Ramos-Horta, who is supported by Xanana’s CNRT party, announced his candidacy earlier this week, claiming that the incumbent president had surpassed his authority.

The president of East Timor picks the cabinet and has the right to veto ministers or abolish parliament.

If re-elected, Guterres promised to maintain peace and stability, safeguard East Timor’s sovereignty, and uphold the constitution at a recent election discussion.

Economic diversification and the involvement of young voters have also been major election themes for a country heavily reliant on decreasing oil and gas resources, with an estimated 20% of voters reaching the voting age of 17 and voting for the first time.

Marco de Jesus, a 17-year-old first-time voter, said he was anxious at first but soon calmed after receiving assistance from poll workers.

He remarked outside a voting booth on Dili’s seafront, “I am glad to have carried out my role as a voter.”

“I’m hoping that my decision will result in good and beneficial change.”