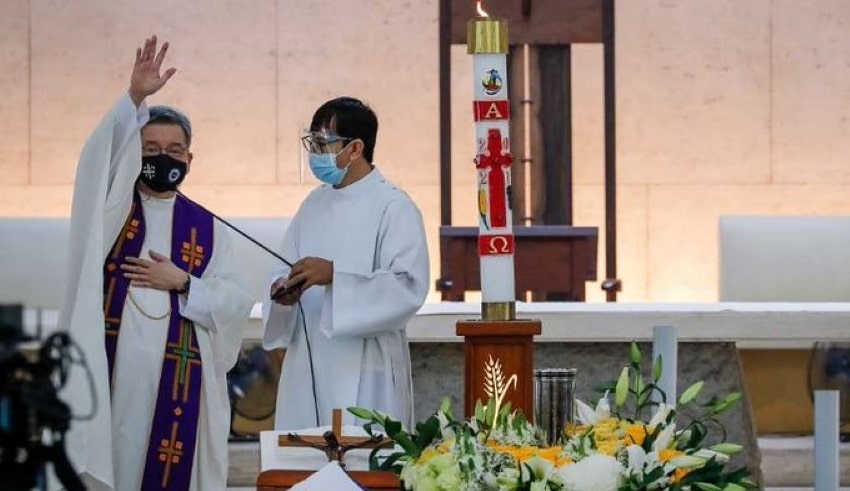 Presidential candidates who attended a forum organized by the Catholic Bishops Conference of the Philippines on Friday laid out their individual plans to curb corruption in the government.
(C) UCAN

Philippines – Presidential candidates who attended a forum organized by the Catholic Bishops Conference of the Philippines on Friday laid out their individual plans to curb corruption in the government.

Robredo said her administration would focus on choosing the rightful leaders to hold top government posts and implement mechanisms that would prevent them from engaging in illegal practices.

“As president, my first executive decision is to choose my appointees who will helm the offices. We should pick people not out of political consideration but they should be experts in the fields and do not have a history of corruption.”
She also vowed to push for three important components of anti-corruption which she believes are “deterrents” for good governance — transparency, accountability, and the empowerment of the people.

Presidential candidate and former Defense Secretary Norberto Gonzales on said it was important to restore trust in public officials in order to eradicate corruption, adding that it also needs to reduce bureaucracy to have an efficient system among government agencies.

Gonzales said “suspicions and distrust” among public officials would lead to more cases of corruption.

The more we mistrust our public service the more there will be occasions for corruption because we prolong the transaction process. Every transaction to me is an occasion for corruption. Many of those who attend government procedures are also tired of long lines and just want to pay.

So one thing that is very fundamental in our society is that we have to restore the element of trust. We don’t trust our countrymen, so everyone is watching, it slows down even more, so if we reduce the bureaucratic system, corruption will really be reduced.

De Guzman said he wanted to eradicate corruption by “reforming” the election process.

That would be possible, he said, by abolishing political dynasties through people’s initiative and prohibiting those who have corruption charges from running for public office.