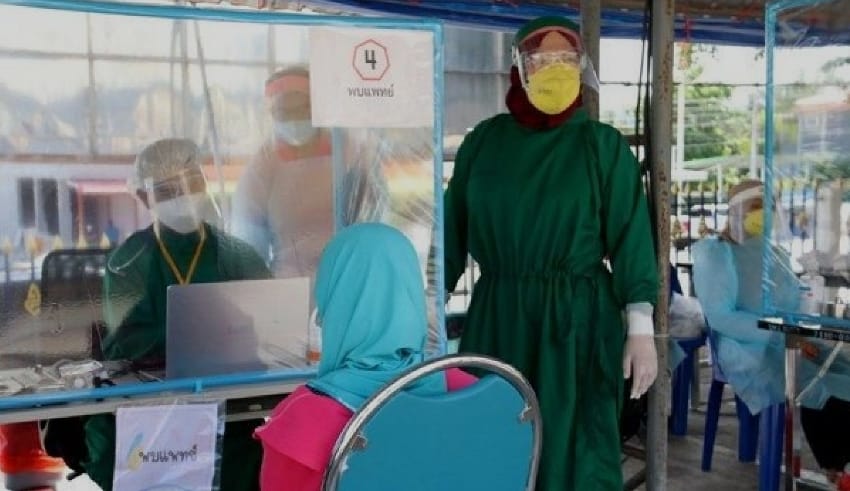 The public health department office in Southern Thailand’s Yala Province has verified 40 new covid-19 cases after thorough testing. The cases include those recently returned for Ramadan from neighbouring countries.

Provincial health department chief Songkran Maichum said on Sunday that intense testing since April 20 had uncovered 40 new cases, now confirmed in lab results. Four new cases were found in Muang, 24 in Yaha, seven in Bannang Satar and five in Raman districts. Dr.Songkran said the new cases would cause some hospitals, including Yaha Hospital, to approach their full capacity. “The quicker we find them, the better it is for health officials,” he told the Bangkok Post. Also adding that officials will be mobilized to prevent the virus spreading out of control.

Aziz Pitakkumpolm, head of the Sheikhul Islam Office said “The pandemic is not an obstacle to our fast. This year’s Ramadan is not like the years before.”

People at risk of infection were Muslim pilgrims returning from religious activities in Malaysia, Indonesia and Pakistan. Also those working in Malaysia and attendants of Islamic religious events in the province. The latest number of cases will be the highest in the province to date after it is officially confirmed by the Centre for Covid-19 Situation Administration. Thai Health spokesman Dr. Taweesilp Visanuyothin said earlier the reports of new infections needed to be verified as some areas posted an unusually high percentage of positive test results. Dr Taweesilp also said the discovery of the large number of new cases showed the effectiveness of thorough testing.  “But accuracy must come first,” he added. Yala in Southern Thailand is border province hit hardest by the Covid-19 virus, with 126 confirmed cases. Millions of Muslims in Thailand are advised to remain at home and avoid religious gatherings during the holy month of Ramadan.  The national authority on religious matters, said that Muslims should stay at home throughout Ramadan. Aziz Pitakkumpolm, head of the Sheikhul Islam Office said “The pandemic is not an obstacle to our fast.” “This year’s Ramadan is not like the years before.” He said he had asked all 238 mosques in the province to practice the Tarawih prayer and read the Qu’ran at home. “This will make the family warn and lively as they do ibadah together,” the cleric said. Most of Thailand’s Muslim population lives in the southern region, which has been particularly hit hard by the epidemic.