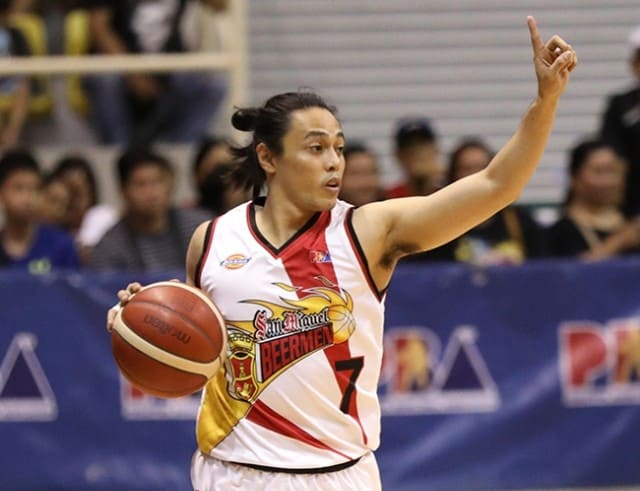 If Terrence Romeo, one of the most polarizing figures in the league, would perform in a reduced role when he was traded to San Miguel in 2018, there were doubts.

Romeo, a three-time Scoring Champion, proved his critics wrong after thriving behind the formidable Beermen center, despite coming off the bench.

Romeo, completely embracing his new role, won him the Mr. Quality Minutes award to be presented by the PBA Press Corps at Novotel Manila in Cuba on March 16.

The explosive guard scored only 12 points, far from his normal scoring numbers with his previous teams, but particularly in the title rounds, he did more than enough to make him even more valuable.

Romeo helped the Beermen win a pair of championships in the Philippine Cup and the Commissar’s Cup, where he was the MVP Finals after standarding 14.8 points, 2.3 rebounds, and 4.3 assists his former TNT side.

The 2019 season also saw the rise of a young superstar in Columbian’s CJ Perez, who in just his first year lost no time contesting for an MVP plum.

Perez is also Scoring Champion of the season when in the season he averaged 20.8 points.

The triple overtime thriller between NorthPort and NLEX in the do – or-die quarterfinals of the third conference was chosen as the season’s best game.

The Batang Pier knocked off the top seeded Road Warriors, 126-123, an epic match earned 1.5 million views online, coming in second only to the 3.5 million views between Barangay Ginebra and Meralco for Game 2 of the Governors ‘ Cup Finals.