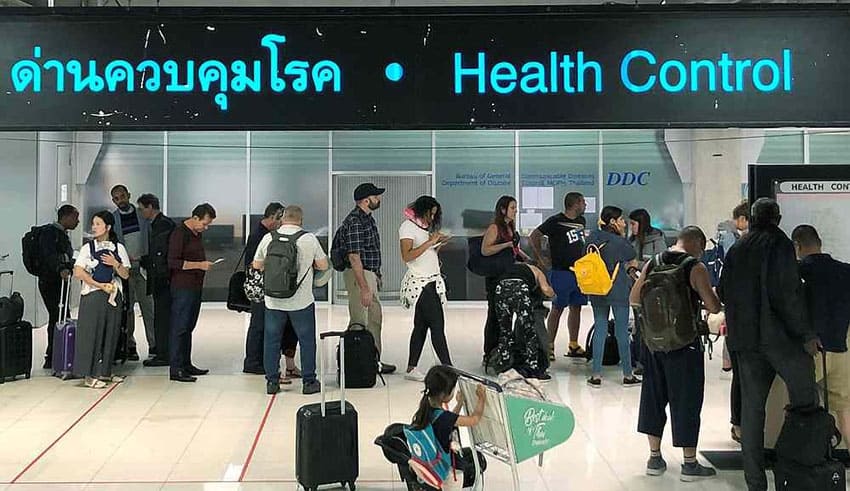 The Public Health Ministry on Tuesday announced two new Thai Covid-19 cases: a woman, 31, whose relative visited Guangzhou and a male driver of Chinese tourists, 29, as the total number of local cases rose to 37.

Sukhum Kanchanapimai, permanent secretary for health, said the woman was a maid and was initially diagnosed with pneumonia of unknown cause. Later, doctors learned she had a relative who returned from China. She was now being treated at Rajavithi Hospital. The male patient was admitted to the Bamrasnaradura Infectious Diseases Institute in Nonthaburi province. He had been in close contact with Chinese tourists and initially showed up with a fever and cough.

This expanded surveillance now covered visitors from China, Hong Kong, Macau, Japan, Singapore, South Korea and Taiwan and people in Bangkok, Chiang Mai, Chiang Rai, Chon Buri, Krabi, Phuket, Prachuap Khiri Khan and Samut Prakan provinces. For good news, he said, another patient with novel coronavirus disease (Covid-19) had fully recovered and was discharged in the southern province of Krabi. The patient was a woman Chinese tourist, 32, who arrived in Thailand before the closure of Wuhan airport.