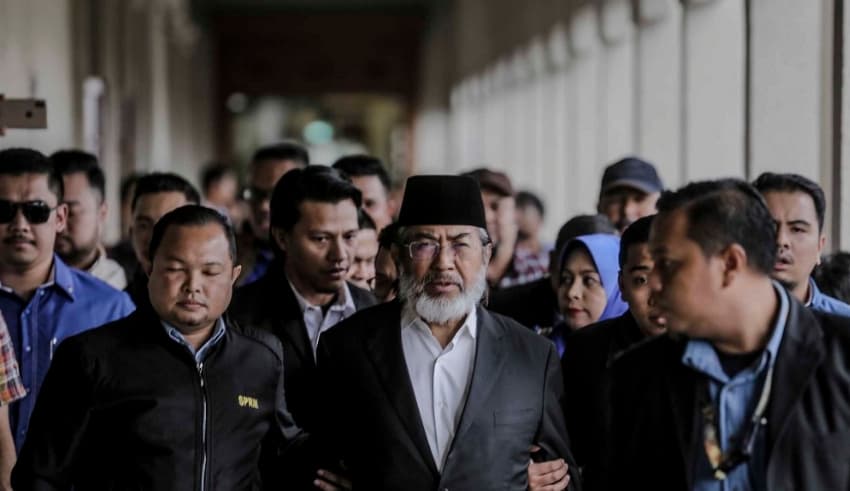 Attorney General (AG) Tan Sri Idrus Harun said today that he agreed to make the prosecution withdraw 46 corruption and money laundering charges against Tan Sri Musa Aman, as the unavailability of records from banks located in Hong Kong and the unavailability of certain witnesses indicated that it would be untenable to continue with a trial.

Idrus also cited, among other things, the past decision by former AG Tan Sri Abdul Gani Patail concerning the case of Musa to justify the decision to drop the charges against the former chief minister of Sabah.

The Hong Kong Department of Justice has advised that Hong Kong companies and banks are only required to keep records for seven ( 7 ) years and it is highly unlikely that neither the banks nor the businesses will still have records.

Idrus stated earlier in the article that Abdul Gani had agreed in 2012 as the AG not to sue Musa for the funds allegedly earned corruptly, relying on inquiries suggesting that the funds were private funding.

Idrus said Musa had lodged an appeal in court on February 13, requesting the court to strike out and quash the 46 charges for being baseless.

Idrus also clarified that the Chambers of the Attorney General (AGC) had agreed to revisit the case after Musa sent a delegate to the AGC on May 13 to demand the dismissal of the lawsuit against him and the quash of all charges. In fact, the AGC had obtained an affidavit from Musa in the High Court on June 5 in favor of his February attempt to strike out.

Ex-AG Abdul Gani has signed this affidavit-in-help or sworn court declaration in favor of Musa ‘s appeal to quash the charges against him, Idrus observed. Idrus added that Abdul Gani claimed in the affidavit that the 2012 decision was taken “collectively” by high-level persons, namely Datuk Tun Abdul Majid Tun Hamzah, then director of the enforcement division of the AGC, then Tan Sri Abu Kassim Mohamed, chief commissioner of the Malaysian Anti-Corruption Commission (MACC), then Datuk Seri Mustafar Ali, director of the MACC investigating branch.

Looking at the condition in which he claimed that some witnesses and records would not be available for use as testimony in a court against Musa, Idrus also said that proceeding with a court would not be feasible. He concluded then by stating that his decision to withdraw all charges against Musa is compliant with his constitutional rights under Article 145(3) of the Federal Constitution.

Under Law 145(3), the attorney general has the authority to launch, undertake or discontinue all criminal prosecutions in the federal courts at his discretion. Musa’s corruption and money-laundering case has not started, with the High Court originally set to begin the case on September 14.

Today was originally scheduled for case management for Musa’s two separate charges and constitutional claims, but the prosecution today informed the High Court that it dropped all charges against Musa, resulting in the High Court acquitting him of all charges involving millions of dollars.