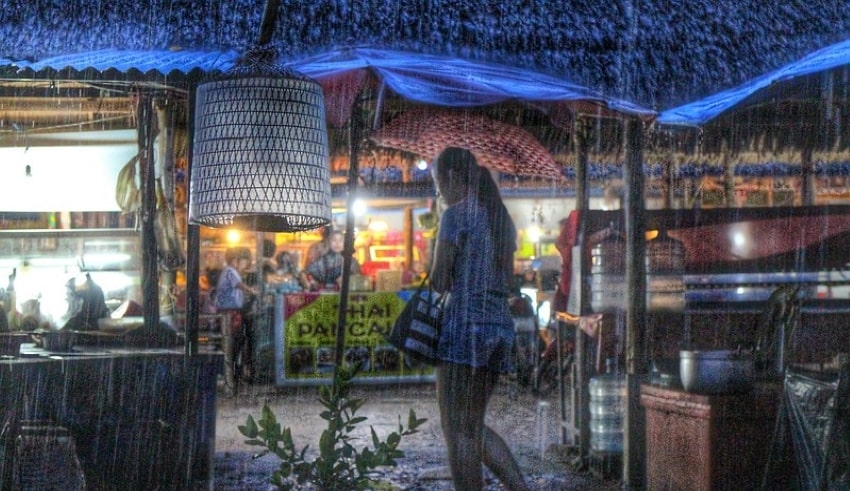 , A weather alert has been given over the weekend for 40 provinces as cloud formations indicate a forecast of rain in the northern and northeastern regions.
(C) Flickr, kris woods

In the midst of battling the zero cases for COVID-19, A weather alert has been given over the weekend for 40 provinces as cloud formations indicate a forecast of rain in the northern and northeastern regions. Some provinces in the north and northeast should expect heavy rain, forecaster Ek-anong Kienthong said Friday.

Provinces in the lower part of the northern region are braced for flooding after downpours have submerged several areas for several days. According to the website of the Meteorological Department, an active monsoon trough lies across the north and upper northeast while the southwest monsoon predominates across the upper Andaman Sea and Thailand. On Friday, Rain battered Phayao and Khon Kaen causing flooding in several parts of the two provinces.

Floods also struck eight northern provinces, including where one man was killed and affected nearly 4,000 households, according to an update released Sunday by the Department of Disaster Prevention and Mitigation.

Khammalin Khampaengla said runoff brought part of a huge tree trunk into her Ban Pong Sanuk home after her family fled to higher ground. According to her floodwater was high so she and her husband decided to evacuate for safety, as she returned to repair her home.

One of Phayao’s worst affected districts was Chiang Muan, where people relocated to a higher ground due to dramatically rising water levels from the rivers Yom and Pee flowing through the area.

Mayor Prasit Samak of Tambon Chiang Muan said the rivers could burst at any time and flat-bottomed boats were on standby to help people get stranded in flooded villages. Mancha Khiri district in Khon Kaen was also flooded after hours of downpours that heavily damaged a road from the district that cut off some villages.