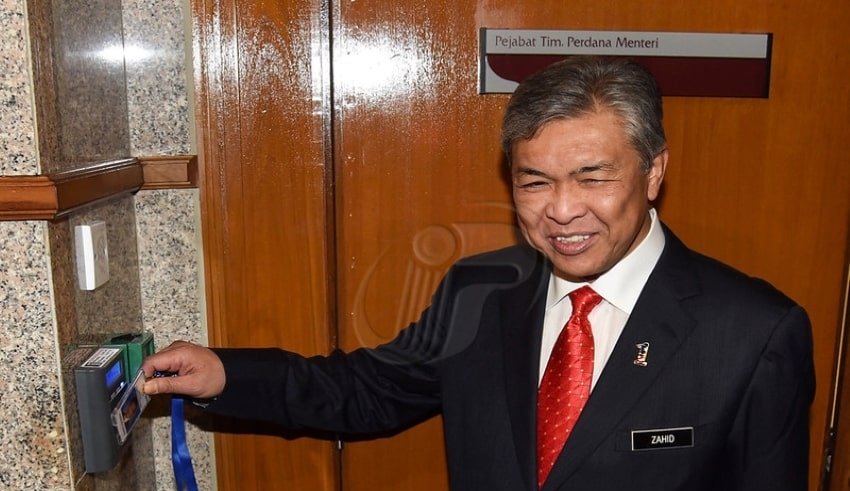 Barisan Nasional (BN) chairman Datuk Seri Ahmad Zahid Hamidi has confirmed that MIC is one of the parties included to be part of the Perikatan Nasional (PN) coalition.
(C) Flickr, Foto Penerangan

KUALA LUMPUR – Barisan Nasional (BN) chairman Datuk Seri Ahmad Zahid Hamidi has confirmed that MIC is one of the parties included to be part of the Perikatan Nasional (PN) coalition.

According to Zahid, MIC will be joining Bersatu, PAS and Parti Solidariti Tanahairku on the Perikatan Nasional (PN) coalition.

Zahid added that UMNO and BN’s stand in the next general election is that they will still use the ‘dacing’ (weighing scale) logo for their candidates.

Senior Minister and International Trade and Industry Minister Datuk Seri Mohamed Azmin Ali said that so far five parties in the PN coalition were registered including Bersatu and PAS but did not mentioned the other three parties.

Meanwhile, Ahmad Zahid also confirmed the negotiations on seat distribution for the Sabah State Election (PRN) next month will be finalized a week before the nomination day.

Zahid hopes that they will be able to form a coalition of all these parties together so that there is only one coalition in Sabah. BN secretary-general Tan Sri Annuar Musa and Umno secretary-general Datuk Seri Ahmad Maslan has also been appointed as Sabah PRN chief coordinators to facilitate the state BN election machinery.