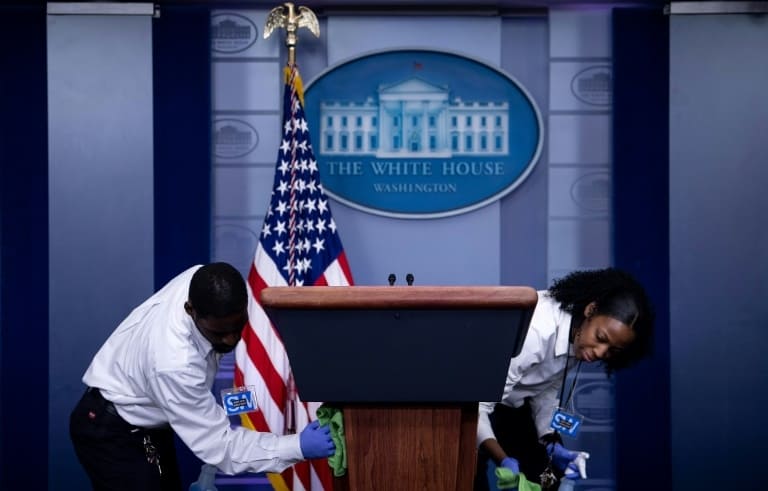 The United States and China on Monday each demanded that the other stop smearing its reputation over the novel coronavirus as Donald Trump referred to the pathogen as the “Chinese Virus”. “The United States will be powerfully supporting those industries, like Airlines and others, that are particularly affected by the Chinese Virus,” the US president tweeted Monday night.

Trump’s allies had previously referred to the pandemic as the “Chinese coronavirus,” but the tweet marks the first time the president said it himself. Critics slammed the move, calling it racist and potentially inciting a backlash against the Asian-American community. “Our Asian-American communities — people YOU serve — are already suffering. They don’t need you fueling more bigotry,” tweeted New York city mayor Bill de Blasio, whose state is one of the hardest-hit by the virus in the US.

US Secretary of State Mike Pompeo, in a phone call he initiated with top Chinese official Yang Jiechi, voiced anger that Beijing has used official channels “to shift blame for Covid-19 to the United States,” the State Department said. Pompeo “stressed that this is not the time to spread disinformation and outlandish rumours, but rather a time for all nations to come together to fight this common threat,” the department added.

The State Department on Friday summoned the Chinese ambassador, Cui Tiankai, to denounce Beijing’s promotion of a conspiracy theory that had gained wide attention on social media. Foreign ministry spokesman Zhao Lijian, in tweets last week in both Mandarin and English, suggested that “patient zero” in the global pandemic may have come from the United States — not the Chinese metropolis of Wuhan. “It might be US army who brought the epidemic to Wuhan. Be transparent! Make public your data! US owe us an explanation,” tweeted Zhao, who is known for his provocative statements on social media. Scientists suspect that the virus first came to humans at a meat market in Wuhan that butchered exotic animals.