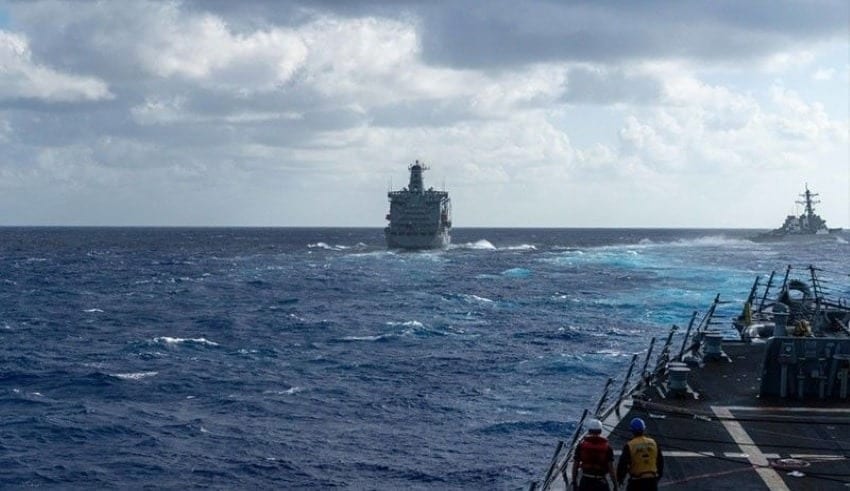 The US Navy deployed has deployed their Ronald Reagan Carrier Strike Group to resume maritime security operations in the region.
(C) Philstar

MANILA – The US Navy deployed has deployed their Ronald Reagan Carrier Strike Group to resume maritime security operations in the region.

SS Halsey (DDG 97) and USS John S. McCain (DDG 56) are also included on this group according to the US Pacific Fleet.

It says on the October 15 report that the group is conducting maritime security operations including flight operations with fixed and rotary wing aircraft, exercises and coordinated tactical training between surface and air units.

Read. Adm. George Wikoff, commander of the Ronald Reagan Carrier Strike Group said that the deployment of the this fleet shows the United State’s commitment on the lawful use of the seas.

Wikoff said that the operation cooperation alongside our Indo-Pacific allies and partners has always been the priority as it promotes regional stability.

In July, US Secretary of State Mike Pompeo reaffirms Washington’s commitment to strengthen its maritime claims in the South China Sea as it counters China’s ‘aggressive bullying’ in the region.

Pompeo said that China has no legal ground to impose its will and exploit resourves off the coast of Southeast Asian states. The US Commerce Department recently announced that it has placed 24 Chinese state-owned firms in its “entity list” and will be banning their exports of US goods and materials.