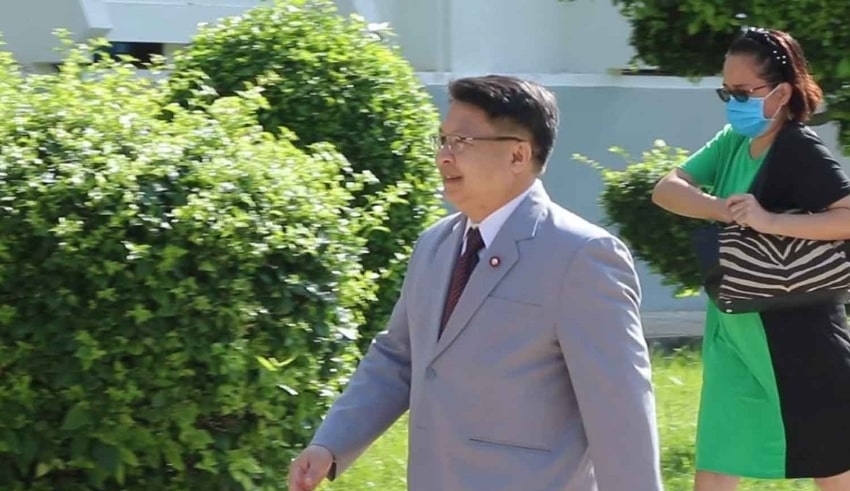 Premsak Piayura, a former mayor of Ban Phai Municipality and veteran politician, to two months in detention in 2016 for committing an indecent act against a news reporter.
(C) Bangkok Post

The Supreme Court commuted a two-month jail sentence imposed on Premsak Piayura, a former mayor of Ban Phai Municipality and veteran politician, to two months in detention in 2016 for committing an indecent act against a news reporter.

The case started when Daily News published a story about a rumor in July 2016 that Premsak, then 51, had been hired by a local schoolgirl, paying a bride price of 400,000 baht and a car. Premsak summoned Korsit Kongchom, the Daily News reporter, and four other journalists to his office after the news was published  where he allegedly locked them up in a room and berated them for insulting his honour.

Premsak released the other four reporters later, but kept Mr Korsit behind. He then ordered his assistant to strip him as punishment to his underwear. Mr Korsit filed a lawsuit for indecency and illegal detention against Premsak and his secretary, the Sub-Lt Buathong Lokhan.

In 2018, the First Instance Court found Premsak and his secretary guilty of committing an indecent act and sentenced them to two months without suspension each in prison.

On November 2019 the Appeal Court upheld the ruling of the lower court. In its judgment read out at the Phon Court in Phon district on Wednesday, the Supreme Court commuted the two-month jail term to two months in detention for the reason that Premsak had pleaded guilty and placed 100,000 baht with the court to compensate for the mass media damage. Under the detention order, Premsak and Sub-Lt Buathong are not required to be imprisoned, but will instead be detained at a designated place. Following hearing the verdict, Premsak, Sub-Lt Buathong and their lawyers submitted a petition to the court regarding the place of detention.