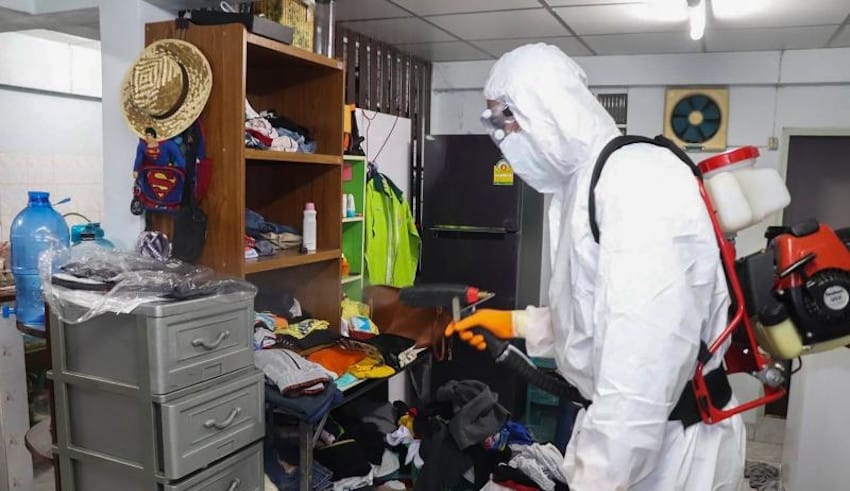 The man, 35, is the subject of a Public Health Ministry probe as information on his symptoms contradicts evidence revealed by a specialist in new emerging diseases. The man died of multi-organ failure on Saturday night although doctors had detected no coronavirus in his body since Feb 16, Disease Control Department chief Suwannachai Wattanayingcharoenchai said on Sunday.

The man had been first treated for dengue fever at a private hospital in late January before being transferred to the Bamrasnaradura Infectious Diseases Institute in Nonthaburi province because he had also contracted the Covid-19 virus, Dr Suwannachai said. “His lungs had already deteriorated and other internal organs also worked too hard,” the department chief said, referring to his condition before his death. The death is being investigated by experts under the national committee on communicable diseases, Dr Suwannachai said.

However, his explanation contradicts information unveiled by Thiravat Hemachudha, head of King Chulalongkorn Memorial Hospital’s Centre for Emerging Diseases. The man had not had any other underlying diseases, Dr Thiravat posted on his Facebook page on Sunday. “His two lungs were affected by pneumonia, which shows he caught Covid-19 from the beginning, not dengue fever.

The virus lodges deeply in the lower part of windpipe and lungs, so patients will not cough or have a sore throat when they first develop the disease. This explains why tests on fluids taken from noses and throats often turn out negative, Dr Thiravat said.

Deputy Prime Minister and Public Health Minister Anutin Charnvirakul denied on his Facebook page on Sunday a report that he plans to ask the government to enforce the Internal Security Act to ban street demonstrations. He said he respects rights to expression but needs to raise a warning against mass gatherings.