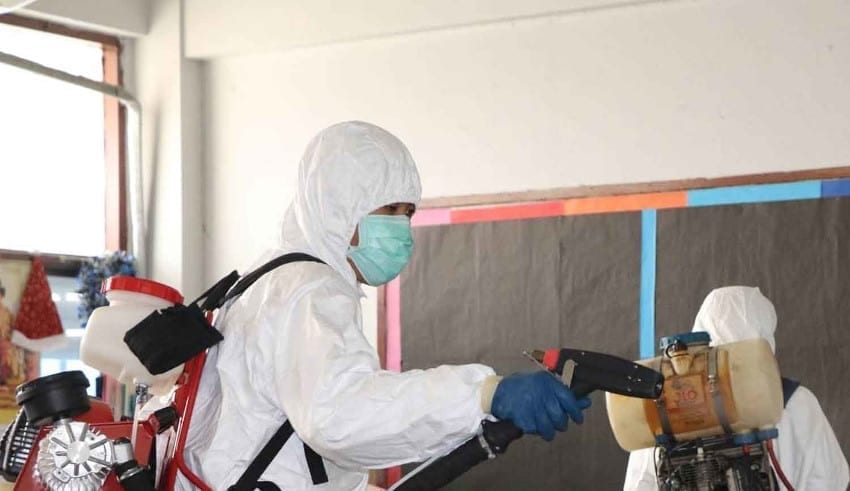 The Office of Private Education Commission (Opec) has ordered the closure of an international school in Don Muang district as a precautionary measure after learning that more than 500 students and teachers had returned from a country hit by Covid-19.

Attapon Truektrong, secretary-general of Opec, said the school’s management had instructed the group, which includes 60 teachers, to stay at home and self-quarantine following their return on Feb 23. However, Opec asked the management to close the school and switch to online classes. He said his office was monitoring the situation at the Phraharuthai Donmuang School in Don Muang district after an eight-year-old pupil tested positive for Covid-19. Tests on pupils and teachers who had close contact with the boy have so far been negative.

Meanwhile, a privately-run school in Rayong will also close today for “cleaning” as a precautionary measure to allay concerns after it was rumoured that a pupil who returned from a trip to Japan had fallen ill.

Ratree Khumyat, the acting director of Anuban Taksin Rayong International School, said the child has tested negative for the virus but is staying at home for self-quarantine. Despite this, the school’s management has decided to suspend classes today for disinfection. As fears of the spread of Covid-19 deepen, Saudia Arabia has temporarily suspended entry for Muslims seeking to perform “umrah”.

Prasarn Sricharoen, a representative from the Office of the Chularatchamontri, said the office is checking with the Saudi Arabian embassy for more details about temporary suspension of visas for visits to Mecca, Islam’s holiest site, over concerns about the spread of the virus. He said the office is checking if those who already have visas can travel and that it is waiting for a reply from Saudi Arabia’s Foreign Ministry. He noted it is not known if the suspension will affect the annual hajj pilgrimage due to start in late July. Moreover, South Korea and Israel have asked the Thai government to suspend the travel of workers until the situation returns to normal.