The Asian Affairs > Latest News > Entertainment > Vivienne Westwood, a fashion designer, died at the age of 81 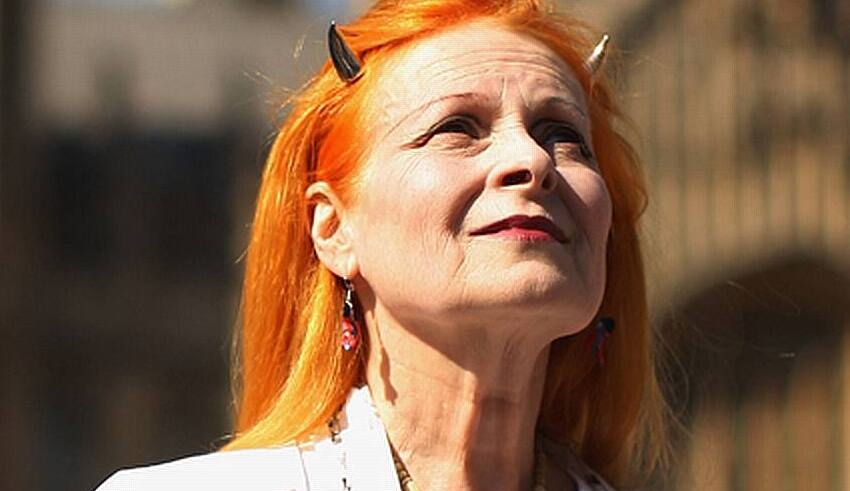 The daring dame of fashion who clothed the Sex Pistols was an outspoken political designer whose name was linked with punk rock in the 1970s.
(c) LDNFASHION

As the lady who clothed the Sex Pistols, Vivienne Westwood, who died on Thursday at the age of 81, was associated with 1970s punk rock. Her outspoken political stance made her one of the most recognizable names in British fashion.

Climate change, pollution, and her backing for WikiLeaks founder Julian Assange all inspired models to carry protest T-shirts and posters down the runway.

To protest fracking, she donned a Margaret Thatcher costume for a magazine cover in 1989 and drove a white tank near the rural estate of future British Premier David Cameron.

In 1992, Queen Elizabeth incorporated the rebel into the British establishment by awarding her the Order of the British Empire medal. However, in an effort to shock, Westwood arrived to Buckingham Palace sans undergarments, which she demonstrated to journalists by twirling her skirt.

Westwood, instantly recognized with her orange or white hair, established her reputation in punk fashion in 1970s London by outfitting the band that defined the subgenre.

Together with the manager of the Sex Pistols, Malcolm McLaren, she rejected the hippy tendencies of the period by selling apparel inspired by rock-and-roll.

They utilized prints of swastikas, breasts without clothing, and, perhaps most notably, a picture of the queen with a safety pin in her mouth. Favorite things were sleeveless black T-shirts with studs, zips, safety pins, and chicken bones that had been bleached.

Born Vivienne Isabel Swire on April 8, 1941 in the town of Glossop in the English Midlands, Westwood grew up through rationing during and after World War II.

Her parents, a greengrocer and a cotton weaver, relocated the family to north London when she was a teenager, where she studied jewelry-making and silversmithing prior to retraining as a teacher.

She met her first husband, Derek Westwood, while she was teaching at a primary school, and she married him in a handmade outfit. Ben was born in 1963, and the parents separated in 1966.

Westwood, a single mother at the time, was selling jewelry on London’s Portobello Road when she met McLaren, an art student who would become her personal and professional partner. Joe Corre, co-founder of the lingerie firm Agent Provocateur, was their son.

After the breakup of the Sex Pistols, the two presented their debut catwalk show in 1981, showcasing a “new romantic” style using African-inspired designs, buccaneer pants, and sashes.

In her thirties, Westwood began to steadily pursue her own fashion path, finally divorcing from McLaren in the 1980s.

Her influential creations have included corsets, Harris Tweed outfits, and taffeta ballgowns. She frequently draws inspiration from the past.

Her “Mini-Crini” collection debuted in 1985 with a shorter, puffier skirt and a more fitting form. In 1993, when model Naomi Campbell fell down the catwalk in a pair, her sky-high platform heels attracted international notice.

The Westwood brand blossomed in the 1990s, with fashionistas flocking to her Paris catwalk shows and boutiques appearing worldwide to offer her clothing lines, accessories, and fragrances.