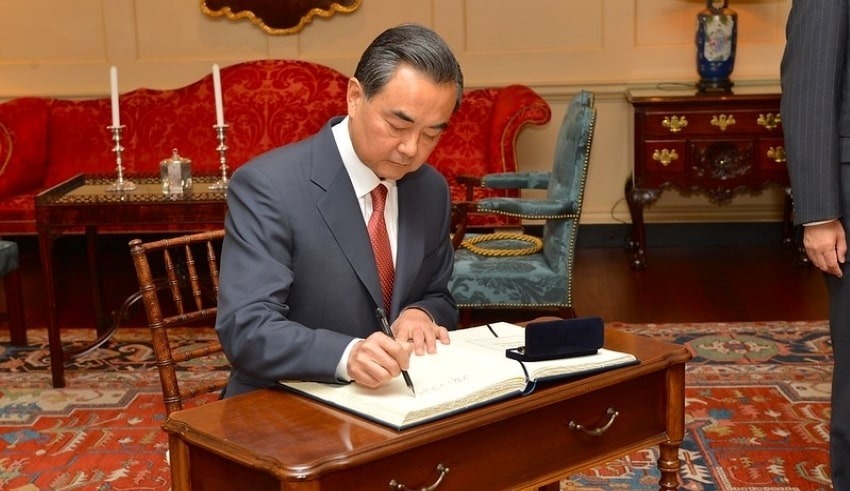 Wang Yi said that China and the member states of the Association of South East Asian Nations (ASEAN) should practice cooperation and remove "external disruption" in the South China Sea.
(C) Flickr, U.S. Department of State

Wang, in a joint news conference with Malaysia’s foreign minister Hishammuddin Hussein said that both countries are in the same page that the South China Sea should not be a ground for the major power wrestling with warships.

He further added that Beijing and ASEAN have the responsibility to maintain peace and stability in the South China Sea.

Malaysia’s Foreign Minister Hishammuddin Hussein said that the tensions caused by the maritime disputes should be resolved peacefully the regional dialogue.

China, which has for years been involved with maritime disputes with other ASEAN member states, has been holding millitary exercises in the disputed areas with the United States accusing Beijing of attempting to build a “maritime empire” in the area.

Wang claimed that Washington’s “Indo-Pacific” strategy of casting the United States in the region as a trustworthy partner a “security risk” for the region.

He believe that all parties should see this clearly and be vigilant against it. U.S. Secretary of State Mike Pompeo previously stated that the United States wants “free and open” Asia not dominated by Beijing in particular.