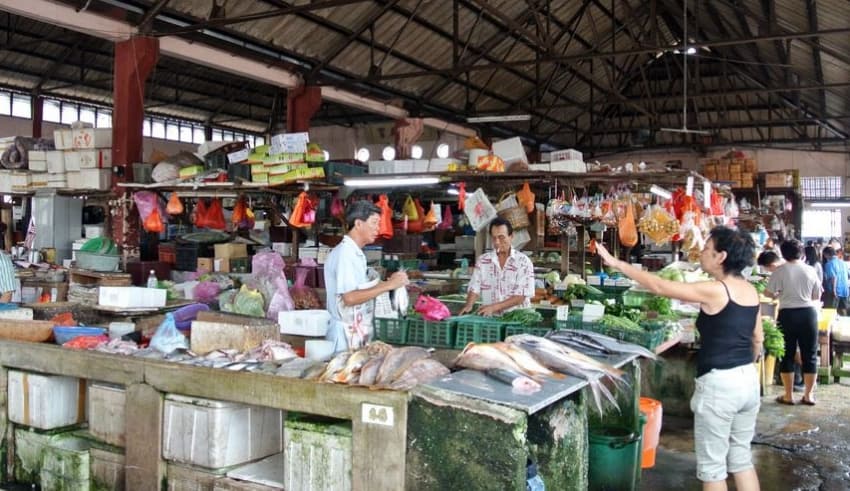 Wet market vendors from this city are defying closure order amid MCO.
(C)BackpackingMalaysia

Traders of fresh meat, vegetables, and sea foods in Miri continue to defy directives to stop operation until end of this month.

According to Miri mayor Adam Yii, they have issued directives not to open business until March 31 and to fully cooperate with authorities to help stop the Covid-19 outbreak.

Seversal councillors did a sport check in Miri and found several people disobeying the order.

Yii said that traders seem do not understand how serious it is to stay at home or they perhaps do not care at all.

It is orderd that during MCO, wet markets must be enclosed in small premises and only dry goods section are operational.

The large open-space wet markets in Miri were locked from operation until MCO is lifted.

Even some food stalls displays dangerous behavior as they refused to shut-down for dine-in customers and gave an excuse that their customers do not prefer take away. Yii added that if the vendors will not comply with MCO, he might issue punitive action against them.