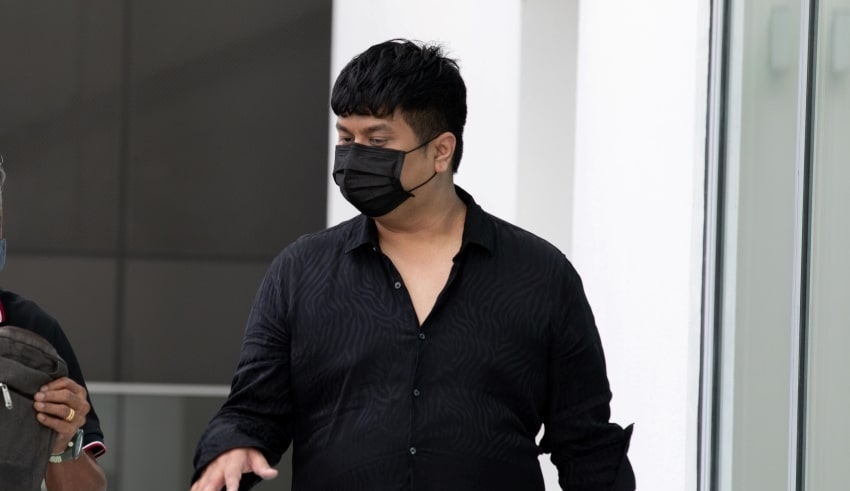 In a statement to a district court, his lawyer said Dee Kosh, a Singapore radio DJ and YouTube celebrity, had opted to file a guilty plea to various sex-related offenses, five months after he was initially charged.
(C)todayonline

Singapore – In a statement to a district court, his lawyer said Dee Kosh, a Singapore radio DJ and YouTube celebrity, had opted to file a guilty plea to various sex-related offenses, five months after he was initially charged.

He is charged with seven criminal counts in total, including three counts of communicating with a minor under the age of 18 in order to obtain their sexual services, one count of trying to sexually exploit a minor under the age of 18, one count of possessing obscene videos, and two counts of creating obscene videos. His real name is Darryl Ian Koshy.

Eugene Thuraisingam LLP is representing him, and Mr Johannes Hadi and Mr Joel Wong are among the attorneys on his side.

The latter informed District Judge Terence Tay recently that the prosecution is prepared and that Koshy had instructed him to be “prepared to follow a certain course of action.”

In order to sort out the agreed statement of facts, Mr Wong requested 10 to 12 weeks’ time, stating that it would “contain certain intricacies, therefore it may take some time to figure out.”

The District Judge Tay concurred with the police prosecutor’s assessment that this was “very prolonged.” The court then scheduled a hearing on March 10 for the plead-guilty hearing.

Case of Chinese fishing ship dumps Indonesian crew to sea, Govt to guarantee the rights of the crew

Due to the fact that he was not compelled to do so, Koshy did not appear in court. In the meanwhile, he remains out on S$20,000 bail amount.

On social media, he gained notoriety when accusations alleged that he had approached them with requests for nude photos and sexual favors. A year after the accusations were made public, he was apprehended and formally charged.

Between March and June of 2018, according to court records, Koshy purportedly attempted to obtain the commission of an indecent conduct from a 15-year-old child by asking the teenager whether he would be willing to perform sex acts on him in return for money. Besides that, there were no other information.

Furthermore, he is suspected of offering up to S$1,000 in July 2018 and August 2020 to two 17-year-old boys in return for their doing similar activities on him on different occasions.

Also in February 2017, he was accused of providing a S$2,000 payment to a 16-year-old kid, with the intention of engaging in sexual activity with him.

Previous reports from the police said that some of the tapes that Koshy was claimed to have had were of him engaging in sex activities with other people and that they were taken without the consent of the other person involved.

Due to a court order to protect the identity of his claimed victims, their names cannot be revealed.

A number of people had shared images of chats they had had with him, alleging that they had spoken with him using the messaging program Telegram as well as through direct messages on the Instagram platform.

Initial reports indicated that Koshy was guilty of wrongdoing, but he later admitted in an Instagram post that “there is some truth to some of the things that are being said now, and I am sorry to the people I have hurt in the process.” Koshy has since apologized to those who have been hurt by his actions.

When he started his YouTube channel in 2011, he quickly gained popularity, and now it has over 365,000 followers. His job at Power 98 was supplemented with a night time program on 987FM, which he co-hosted in 2013.