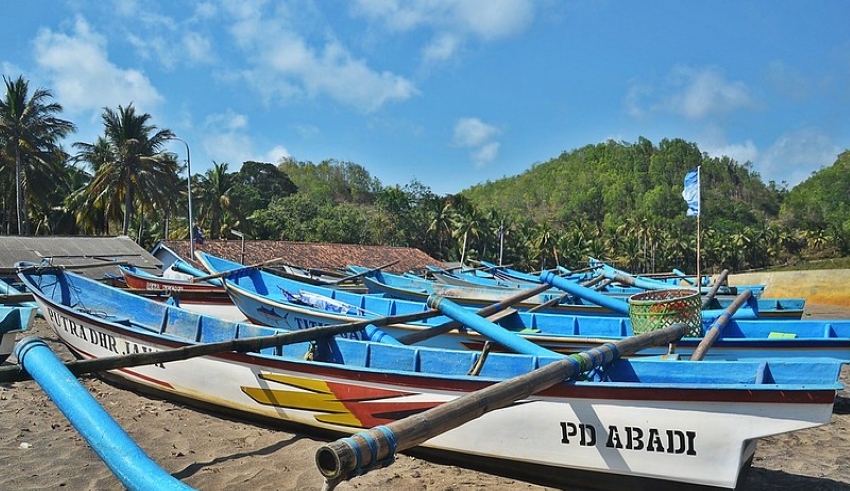 Minister of Marine Affairs and Fisheries Edhy Prabowo said that all fishing vessels had been paraded to the Pontianak PSDKP Base for further inspection.
(C) Flickr, lina pramudita

The Ministry of Maritime Affairs and Fisheries (KKP) again arrested three foreign vessels from Vietnam that were suspected of stealing fish in the Natuna Sea 711 Fisheries Management Area (WPP), August 10, 2020.

Minister of Marine Affairs and Fisheries Edhy Prabowo said that all fishing vessels had been paraded to the Pontianak PSDKP Base for further inspection.

“The three ships were carried by the crew totaling 26 people. Not all of the crew members were detained. Some of them will be returned to their countries,” said Edhy at a press conference in Bali, Wednesday, August 12.

Edhy said there were potential losses from the alleged illegal fishing act. However, he did not explain its value.

Furthermore, the fishing boat will be confiscated by the government to give it to fisheries schools or research institutes. Edhy ensured that the ship would not be forcibly sunk if its physical condition was still fit for operation.

Because, he said, the sinking of the ship will cost money. “Better the cost for subsidies to fishermen,” he said.

As is known, according to him, the KKP has caught 69 units of fishing vessels since Edhy served as minister for eight months. Based on data compiled by the KKP, most fishing vessels come from Vietnam and Malaysia.

Head of the Managing Section of the Directorate General of Capture Fisheries of the Ministry of Maritime Affairs and Fisheries, Zulfikar, said this was regulated in the international law State Measures Agreement (PSMA) which has been ratified by Indonesia.

“You can use PSMA rules in certain ways,” said Zulfikar in a virtual discussion, Wednesday, August 12.

According to Zulfikar, these foreign ships must notify regulators in advance of their purpose of entering the Indonesian Exclusive Economic Zone (ZEE). In granting permits to foreign ships, the government imposes restrictions on entry, landing, supplies, and services. Foreign ships must also report their planned arrival.

The entrance area for foreign ships has also been determined by the Ministry. Zulfikar explained that foreign vessels can only enter Indonesia through four ocean fishing ports or PPS. The four are PPS Nizam Zachman Jakarta, PPS Bumus Padang, PPS Bitung, and PPS Tanjung Benoa Bali.

After the foreign ship arrives at the port, the harbormaster officer will check the completeness of documents and other requirements.

He said the harbormaster could also refuse the arrival of foreign ships in case the skipper or crew cannot show valid permits for fishing.

“Rejection can also be made if the ship has clear evidence that they violate the applicable law,” said Zulfikar.