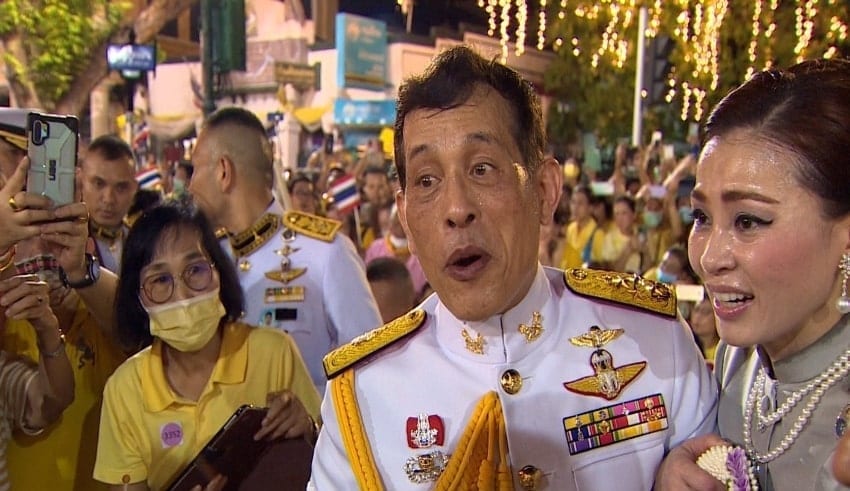 In the middle of a tour to the north-east of the region, King Maha Vajiralongkorn of Thailand wrote messages of national reconciliation and love two days after demonstrators sent him a letter requesting royal changes that would curtail his powers.

The Royal Palace did not comment on months of demonstrations, but the King’s communications in the South-East Asian nation are closely monitored.

The King wrote on an image of himself and the Queen brought by one of the crowds of well-wishers mention to love the country, love the people, cherish Thainess, true joy.

Morever, thousands of demonstrators marched to the Grand Palace in Bangkok to convey a letter to the King within a few hundred meters of the walls, despite a police blockade and a blast of water cannon. They also demanded the departure of former junta leader Prayuth Chan-ocha as prime minister, a revised constitution and amendments that would curtail his authority, breaking a longstanding taboo on questioning the monarchy.

But here’s something unexpected from a demonstrator who stated that all people will find peace when the King really cherishes freedom.

In view of this, The King made his first remarks last week about the demonstrators. He strongly shared that he love them all the same in brief remarks and described Thailand as a land of consensus.

On the other hand, Prayuth has stated that he would not resign, denying the allegations of protestors that he orchestrated the referendum last year to retain the influence he won in a coup in 2014.