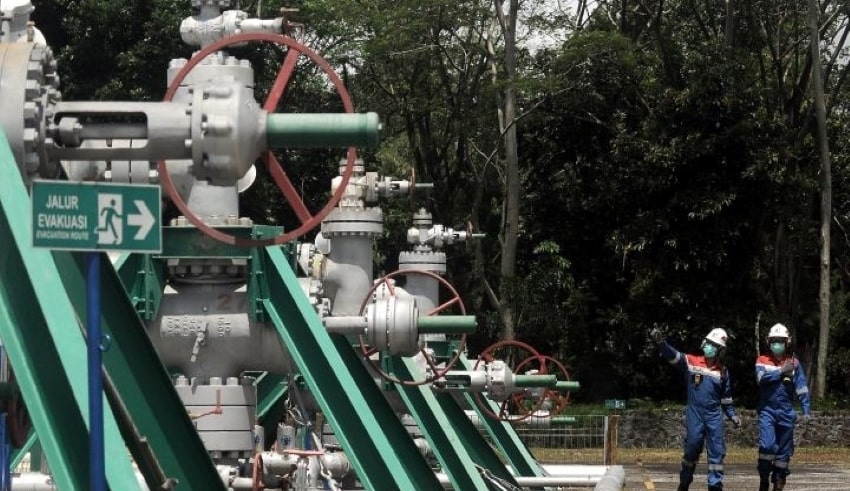 Indonesia – Unexpectedly, The state-owned energy company PT Pertamina (Persero) is seeking to expand the utilization of geothermal energy beyond power production. According to the CEO of PT Pertamina Power Indonesia, Dannif Danusaputro, geothermal should be seen as a renewable energy source for many uses, not just for electrification.

There are other beyond-energy benefits that we can get from the exploration and commercialization of geothermal, such as mineral extraction … which has potential in lithium and silica. This is what he said during a talk show at the Indonesia Pavilion on the sidelines of the 26th UN Climate Change Conference (COP26) in Glasgow, Scotland.

In addition, geothermal is the only renewable energy source that does not have intermittency issues and can be used to produce green hydrogen through the electrolysis process. The green hydrogen can be used as feedstock for related industries such as petrochemical and transportation fuel.

Meanwhile, its derivative, which is green ammonia, can be utilized as raw material for sustainable agribusiness and energy storage. Two more potential uses for geothermal are generating power from brine and district power for industrial estates, Danusaputro informed.

This is to improve and to utilize the brine gas that is usually a side product of geothermal resources. While district power for industrial estates involves targeted green energy supply to energy-intensive industries, such as smelters and steel, to aid their efforts to de-carbonize.

A Boost of New Contribution for Energy Mix

This is quite common now, where there is a new development of industrial estates and the source of energy comes from the renewable. It is more and more in demand from industrial players because of the requirements from the stakeholders.

Consequently, Danusaputro emphasized the need to optimize the use of geothermal as a renewable energy source in Indonesia, given the huge potential the country has. With a total of 2,133 MW installed capacity, Indonesia is the second-largest country with geothermal potential in the world, behind the United States, he pointed out.

However, the utilization of geothermal resources in Indonesia is still less than 10 percent, with most of the demand coming from Sumatra, Java, and Bali.