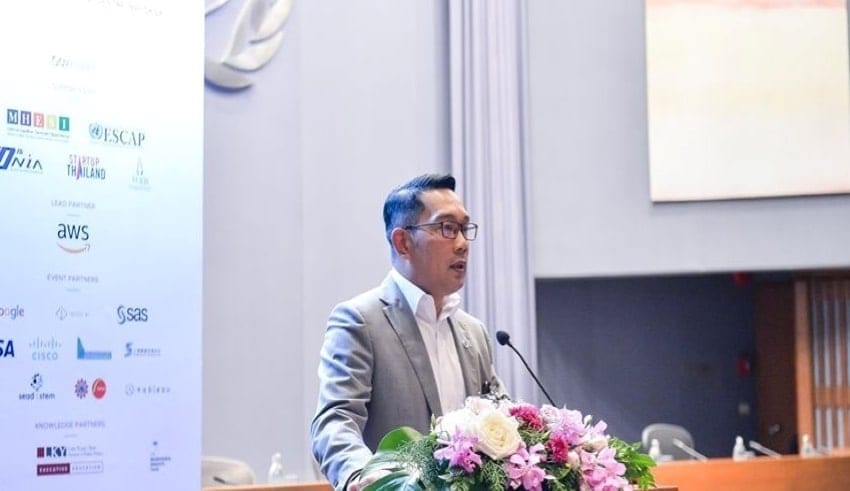 Governor M. Ridwan Kamil of West Java reiterated the promise of the provincial government that citizens living in modern industrial and urban areas will take advantage of all investments flowing into the province, including foreign ones.
(C) govinsider.

Speaking at the opening of the 2020 West Java Investment Summit held digitally in Bandung, The Governor noted that as the economy in the region grows rapidly over the next one to three decades, locals residing in the Rebana Metropolitan area should not become mere spectators.

In view of this, The West Java provincial government aims to raise the rate of economic growth by 10 percent and increase the investment value to 17 percent by expanding the Metropolitan Rebana region, as well as to generate some 4.3 million new jobs by 2030.

On the other hand,  The West Java Governor said it will be crucial for the creation of the Subang Smartpolitan Integrated Industrial Zone to incorporate living, working and playing spaces. The Governor of West Java, also known as Kang Emil, said the Subang Smartpolitan groundbreaking ceremony was a historic event because the construction of the integrated region, which would serve as a benchmark for development in the province, was being intensely planned by all relevant stakeholders.

According to the governor, it is a must to incorporate living, working and playing spaces into new community growth. He further claimed that among other items, the provincial government of West Java would continually help and ensure the progress of Subang Smartpolitan growth by marketing assistance, building bridges with investors, and regulations.

Moreover, Kamil said he will also contribute to the iconic design of the Subang Smartpolitan, which is planned to be built first to entice people to settle there. He said he hopes that Subang Smartpolitan will be a leader in creating new projects successfully.